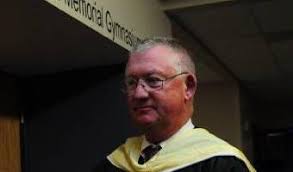 The head superintendent for the Cripple Creek/Victor RE-1 School District has received his walking papers in a decision that didn’t really offer too many surprises.

The timing of the firing action, though,  has raised some local concerns.

The school board voted 3-0, with two members abstaining, in terminating the contract of head superintendent Les Lindauer for “good and just cause” last week. Their decision culminated a six month fight between Lindauer and a growing chorus of critics, who accused the superintendent of threatening employees, doing hiring decisions without authorization and behaving in an unprofessional manner in handling parent complaints. Critics alleged that some of their complaints may have involved criminal charges, but none have been filed.

The board initially brought 13 allegations against the superintendent. Some of these included serious concerns about election fraud and lying about his whereabouts on one rather noticeable occasion and aggressively attacking parents and the staff. Lindauer was initially suspended as superintendent when the allegations originally surfaced six months ago. He then requested an administrative hearing.

On the upside, supporters of the superintendent lauded his success in keeping the school library on RE-1 property, saving the school-based health centers from closure, and pursing vocational educational pursuits for the district.

With this decision, the district board has now ousted the last two superintendents in a rather prompt fashion. Sue Holmes, the previous superintendent, was fired about five years ago, even after she garnered support for a previous RE- 1 bond issue. Holmes is now the head superintendent for the Falcon Zone in School District 49, east of Colorado Springs. Political observers have noted that strained relations occurred between the current/ previous school boards and the last few RE-1 administrative chiefs.

The district has incurred big problems with declining enrollment and in grappling with such issues as depleting revenue and teacher retention.

A decision will be made on the superintendent’s temporary replacement at a future meeting.