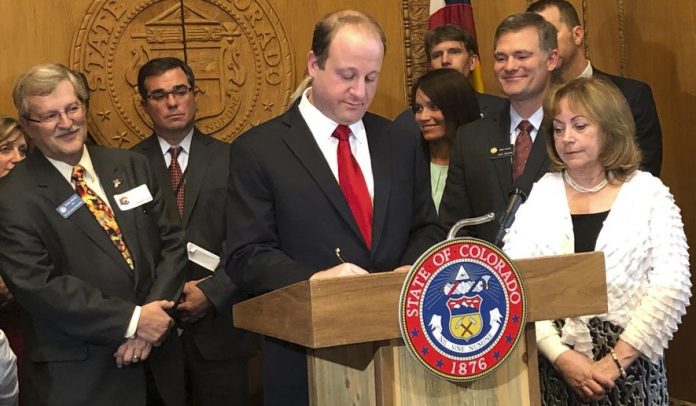 Battle lines getting drawn over enforcement of illegal immigration policies 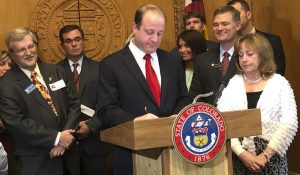 Well, the gloves are off when it comes to illegal immigration across Colorado, with Governor Jared Polis drawing the bloodlines between rural and urban areas.

Last week, Polis put on his John Hancock autograph hat, when it came to Senate Bill 139. The bill would add immigration license outlets to a number of Division of Vehicle offices in such areas as Pueblo, Alamosa, Glenwood Springs, Lamar, and Montrose. This legislation has received much bipartisan support.

But at the same time, he signed House Bill 1124, known as “Protect Colorado Residents From Federal Government Overreach,” or as the anti-Teller County bill, in some quarters. This legislation would bar federal agents from using local jails to hold suspected undocumented residents longer than their sentence requires. This would clash with a slew of recent cases at the jail in Divide.

Moreover, it appears to strike into the heart of a victory Teller obtained in its battle with the American Civil Liberties Union in supporting ICE (Immigration Customs Enforcement) prison hold requests. The court ruled in favor of the Teller County Sheriff’s Department’s cooperation agreement with ICE officials in honoring their detainer requests.

This case hinged on the predicament of a particular inmate, who is no longer in the Teller County jail.

The way the state law was newly amended,  jail officials would only be permitted to inform ICE if a prisoner, who may be an illegal immigrant, is released. In the initial version and one endorsed by Polis, the law would not have even permitted local jail and law enforcement personnel to speak to ICE officials, period. 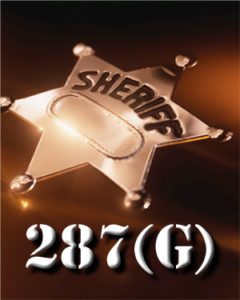 It also would nullify a 287g program that allows sheriff deputies to act as federal immigration officials in processing inmates at the jail.

Teller sheriff officials, though, are downplaying the new law, and believe they will experience some impacts initially.  But overall, they contend they won’t experience any substantial negative problems, especially in the movement to nullify the 287g program. This program was proposed originally as part of President Trump’s effort to crack down on illegal immigration on a national basis.

Greg Couch, the commander of the Teller County Sheriff’s Department, recently announced that more details will be released this week regarding the local impacts of the new immigration laws approved by state lawmakers and signed into law. “We have had a lot of requests from media outlets on this,” said Couch.

Couch, in a previous interview with TMJ, indicated that because Teller County already signed a contract with ICE, it would not be barred from partaking in the crackdown against illegal immigrants at the jail. This program sets the stage for training, with several members of the department, acting as federal immigration officers. 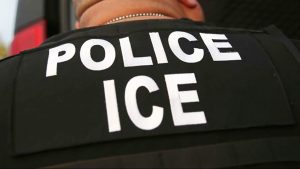 “What the bill does is prohibit a law enforcement officer from arresting or detaining an individual solely on the basis of a civil immigration detainer,” said Couch in a previous interview. “The reason it’s not going to affect us is that we are actually having three deputies federally deputized to act as federal agents in detaining people on federal immigration detainers. When we have our 287g program in place, our deputies are not acting as law enforcement officers, they are acting as federal agents.”

But as a result of the state legislation, no other counties in Colorado could partake in the 287g program. Teller County was the only county in the state that signed onto this program and agreed to do the training. A contract was signed at the end of last year.

Teller County Sheriff Jason Mikesell initially expressed an interest in the federal program in 2018, as their agency embarked on an aggressive effort to crack down on illegal drug cartels. They saw this another opportunity to achieve this goal by keeping tabs on illegal immigrants with criminal connections.

The new law has stirred mixed opinions across the state. Supporters of the measure say it will “prevent deceptive and illegal ICE enforcement tactics while restoring the trust of victims and immigrant communities in local law enforcement and our state court systems.”

Despite the big partisan fight over illegal immigration policies, Teller County has not exactly become a hotbed for these types of aliens. In recent years, Teller officials have cited only a handful of illegal immigrants annually.