ON THE 11TH HOUR OF THE 11TH DAY of the 11th month of 1918, an armistice, or temporary cessation of hostilities, was declared between the Allied nations and Germany in the First World War, then known as “the Great War.” Commemorated as Armistice Day beginning the following year, November 11th became a legal federal holiday in the United States in 1938. In the aftermath of World War II and the Korean War, Armistice Day became Veterans Day, a holiday dedicated to American veterans of all wars. 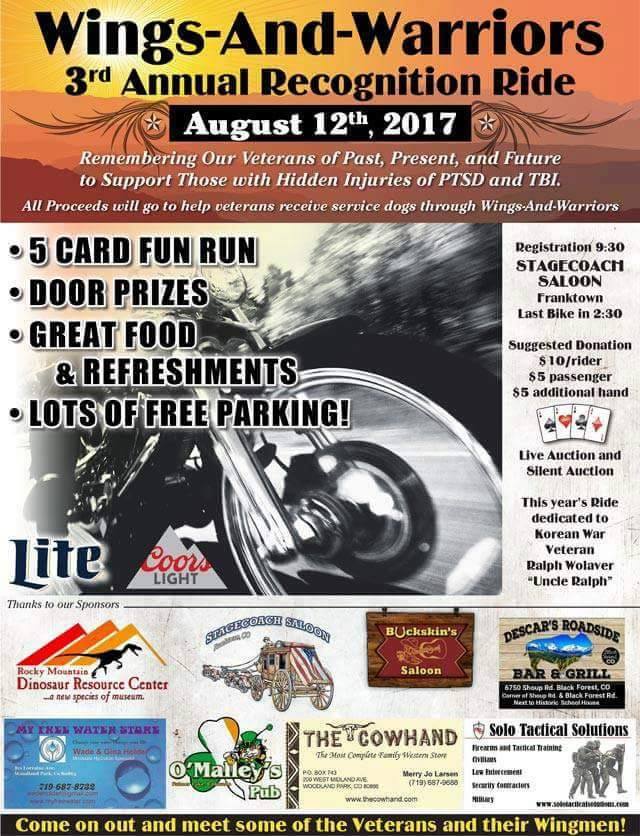 For our Veterans we wish to offer the best information possible.

Through our local organization “Wings-And-Warriors” you will find information such as PTSD Facts, Service Dog Training (all levels), Sponsorships, Veteran related Events, Newsletters and much more. A wealth of information for our Vets.

The POW*MIA Chair of Honor… 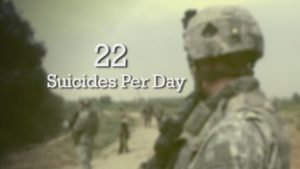 The VA estimates that 22 veterans commit suicide each day.

This means approximately 8,030 veterans kill themselves every year, more than 5,540 of whom are 50 or older.

Prevalence of PTSD in Veterans

The information below is from http://www.ptsd.va.gov and many years have past since this study has been done.  The numbers are staggeringly higher then given in this study. 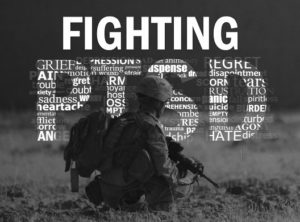 The National Vietnam Veterans Readjustment Study (NVVRS) , conducted between November 1986 and February 1988, comprised interviews of 3,016 American Veterans selected to provide a representative sample of those who served in the armed forces during the Vietnam era. The estimated lifetime prevalence of PTSD among these Veterans was 30.9% for men and 26.9% for women. Of Vietnam theater Veterans, 15.2% of males and 8.1% of females were currently diagnosed with PTSD at the time the study was conducted (8).

In 2008, the RAND Corporation, Center for Military Health Policy Research, published a population-based study that examined the prevalence of PTSD among previously deployed Operation Enduring Freedom and Operation Iraqi Freedom (Afghanistan and Iraq) service members (11). PTSD was assessed using the PCL, as in the Gulf War Veterans study. Among the 1,938 participants, the prevalence of current PTSD was 13.8%.

for more info go to wings-and-warriors