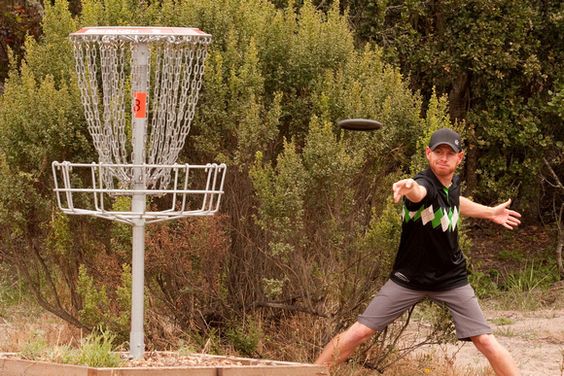 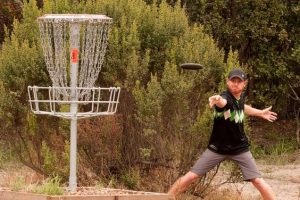 Think you can’t handle regular golf, and its so-called pseudo stuffy atmosphere, or tired of all the Tiger Woods worship stories; fret not, and try your hand at a little Frisbee links action.

New disc golf courses have sprung up in Teller County to accommodate the growing popularity of the sport. There are now several local options where disc golf enthusiasts can spend their summer days.

Now that the Memorial Day weekend has passed, summertime in Teller County has semi-officially begun. Outdoor sports and summer in the mountains have always gone hand in hand and many locals have taken up disc golf as a sport and hobby.

According to the United States Disc Golf Championship (USDGC), the popularity of the sports is on the rise. Their website claims that more and more people are testing their skills on local courses each year. “All signs point to continued long term growth for disc golf. Not only are more courses going in, but they are better funded. More professionally designed courses are being installed with stronger relationships between the disc golf community and the park and recreation folks,” Innova Disc Golf Sales Manager Ryan Baker said on the USDGC website.

According to Salon.com, the amount of disc golf courses in the United States has been increasing by almost 500 new courses per year.

That’s a much different trend from the downward state of constructing traditional golf courses in the U.S., as the golf industry is  still besieged by many course closures.

During 2011 and 2016 the number of disc courses nearly doubled to over 5,000. An article on the website claims that it is possible that disc golf could become more popular in the next decade or so than traditional links.

In 2019, the disc or Frisbee golf season is just now getting into full swing. Last year, the city of Cripple Creek opened their new adventure park that included an 18-hole disc golf course. The city has tournaments lined up for the summer season and it is currently open for free play.

A few years ago, the Shining Mountain Golf Course set up disc golf baskets on parts of their regular course. In fact, it reigned as one of the only disc layouts in Colorado that ran along a regular traditional 18-hole course.

They have offered disc golf play on the regular course, called “The Beast” in the afternoons after 3 p.m. This is when regular golf play at Shining Mountain’s traditional course is relatively low.

But Shining Mountain has also opened up two disc golf only courses set in a wooded area located behind the main back nine, to the west called Serenity Pines and Whispering Pines. This way you don’t have to worry about interfering with the play of regular linksters.

The two new courses offer challenging physical features for disc golfers. In order to play on any of their three disc golf courses, Shining Mountain charges a small $10 dollar fee along with an option of having a golf cart to expedite the experience when golfers choose to spend their afternoons playing on “The Beast.”

Another popular disc golf course, called Nick Naples’ Soaring Eagles, is located on the property of the Woodland Park Middle School. A while back, the nine-hole golf course was created by Nick Naples as a part of earning the Eagle Scout award.

Shortly after he created the course, Naples died in a car accident on I-25 in Northern Colorado during a boy scout trip. On July 5th, the course is holding a disc golf competition and disc golf open that welcomes all skill levels of players. And, now that school has taken its summer vacation, play on the course is now open all day, every day.

On June 5, a group of locals are holding the Chops Memorial Disc Golf Tournament at the Shining Mountain Golf Course. The event is dedicated to the well-known local Richard (Porkchop or Chops) Sarmiento who died in a car accident last year.

According to event organizer Bobby Snare, the tournament is being put on by him and Sarmiento’s brother Tony Sarmiento on the one year anniversary of Chops’ death. They wanted to hold the event as a dedication to the fallen local legend Chops because disc golf was one of his most favorite past times.

“We wanted to do something on the day that Chops died as a memorial and we all wanted to participate in what was one of his favorite things to do,” Snare said. “Disc golf was one of the things that we kind of built our friendship on because I got him into it about seven years ago. We would go out sometimes three times a week. He got lucky one time and got an ace (or a hole in one) and I still haven’t got my first ace yet.”

Snare also said that he expects there to be more than 20 disc golfers present on June 5 to celebrate the one-year anniversary of the death of the beloved friend of several Teller County residents.

Shining Mountain also hosts some of the premier disc golf tourneys in the state. For more information, call 719-687-7587