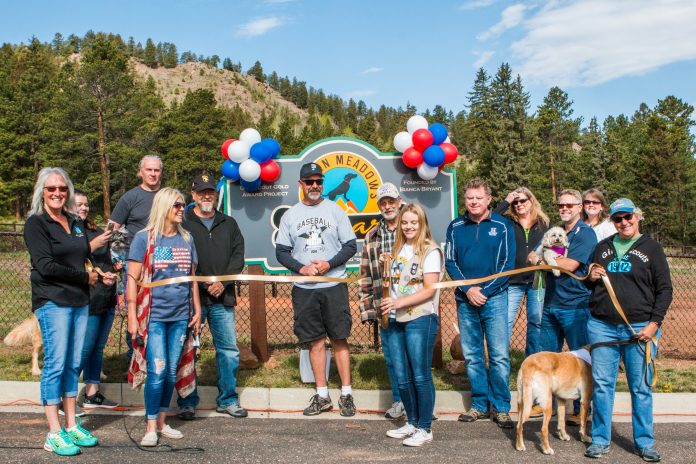 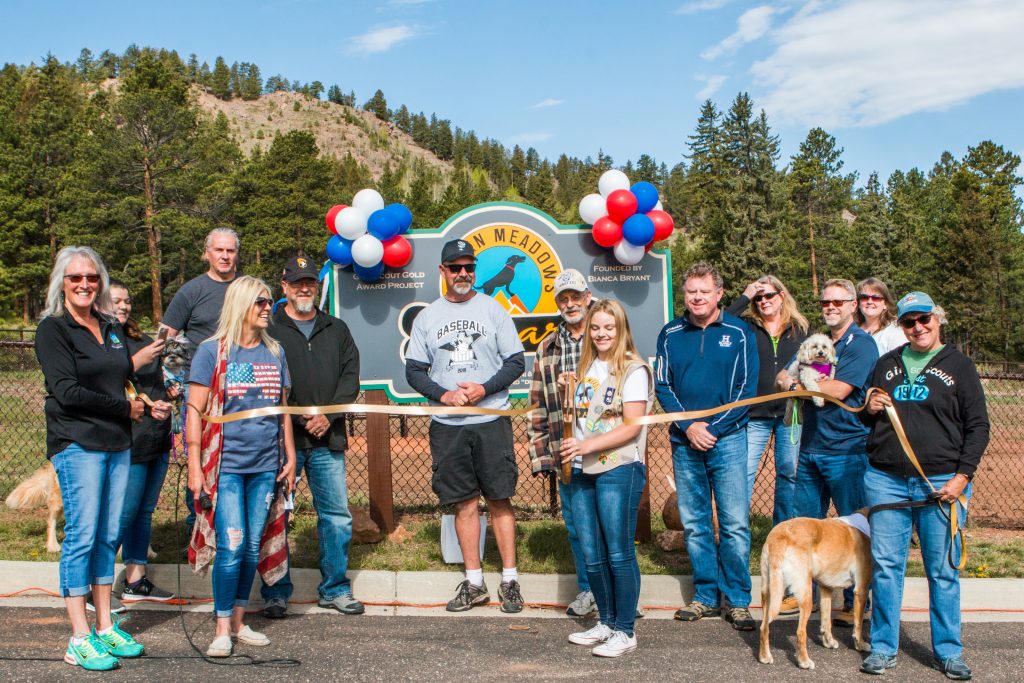 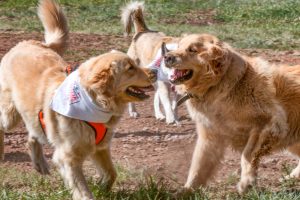 Bryant is a senior girl scout in troop 3649, working on her girl scout
gold award project. She is a 16-year-old junior at Woodland Park High
School and has been working hard to fulfill her ambitious undertaking
for two years.
Bryant has weathered and overcome many obstacles to see her dream come
true. She has appeared before both the DDA (Downtown Development
Authority), and city council.
Bryant’s original proposal would have created the dog park at Fountain
Creek Greenway behind Safeway, but that plan was scraped due to local
resident’s objections.
Undeterred, Bryant went on with enthusiasm and determination. She
received a great deal of support from everyone from local politicians
to the chamber of commerce, and at long last the site at Meadow Wood
Sports Complex was chosen and construction began. It  took six months
of hard work by a number of volunteers to complete the project.
President of Park State Bank, Tony Perry, spoke before the official
ribbon cutting. He said, “Bianca kept smiling when she had to overcome
the roadblocks and barriers of a project like this. Every time she got
turned down, she just smiled bigger.” 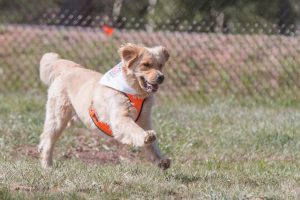 Perry lauded Bryant’s persistence. He said, “She represents what true
leadership and persistence of vision can accomplish.”
Bryant then spoke, thanking everyone who helped her in her quest.
Anxious to get on with the ribbon cutting, Bryant said, “If I were to
mention everyone who helped with this project we would be here for
hours. It’s really a community project, I can’t stress that enough. I
couldn’t have done it without all of you guys.” She continued, “It’s
taught me a lot as a person and it’s helped me grow. It’s taught me
how to problem solve, how to manage money, my time, how to be patient
and persistent.”
After the ribbon cutting scores of dog owners made their way through
the gate to be the first to play with their dogs.
A special event fund raiser took place at the ribbon cutting called
the “ninja casual dog walk. Proceeds from the fund raiser will go to
maintenance of the park.
The event drew around 100 people who came with and without dogs to
celebrate the opening. There were several vendors on hand providing
snacks and informative booths on everything dog. Local musicians,
Sleepy Dave Marshall and Dan Carlisle supplied the musical
entertainment.