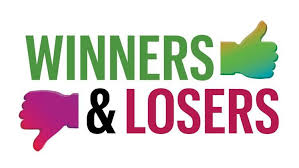 Election 2018 is now in the record books, and it’s time to beat the drums and declare the real winners and losers.

*Local Ballot Issues.  Teller County is a prime stronghold for the GOP Party and fiscal conservatism.

But despite the region’s staunch anti-tax stance, county voters once again demonstrated that if a local district or entity can come up with a specific plan, the citizens will a favor a tax increase request, even if it takes a second or third try. A good case in point:  The Ute Pass Regional Health Service District, formerly known as the Woodland Park Ambulance company. Several years ago, the company got snubbed by the Woodland Park City Council in a public meeting, when they announcing a sales tax  ballot request, and got creamed during the election.

But this year, Tim Dienst and company, and a group of staunch supporters, learned from their mistakes and came up with a much simpler message and a more modified tax request. The voters responded strongly, giving the district plan a 61 percent approval rate. In the process, they overcame much scrutiny, even from Mayor Neil Levy, who didn’t think they had much of a chance based on informal comments at a council meeting.  Congratulations Tim and district leaders.

This same theme of conveying a strong message to the voters occurred in Cripple Creek with the Aspen Mine Center and even in Green Mountain Falls. GMF had a lot riding on the outcome of their bid for an occupational tax, to be paid by overnight guests, based on the town’s current financial situation. But several elected leaders hit the campaign trail hard and it worked. In fact, the town succeeded in getting a slew of ballot issues approved, practically an unheard of trend these days.

The success of local ballot issues in Election 2018 was pretty remarkable for such a staunch, anti-tax region.

*The Local GOP Party. The Teller County Republican Party, led by Erik Stone, has pursued a much more aggressive approach than in the past, and the strategy worked.  Teller Republicans came out in force in supporting their candidates and in endorsing the state GOP contenders, who scored big victory margins in Teller County. The rallies they held worked out well, as did their sign waving demonstrations. The Charis Bible College even got into the pro-GOP fervor with The Event, featuring such notable speakers as Mike Huckabee. Even though this wasn’t a GOP sanctioned rally, the same conservative message was conveyed.

*The anti-Trumpers Across the State. The anti-Donald Trump movement in Colorado partially paved the way for the huge unprecedented Blue surge. There can be no other explanation for the ouster of virtually every Republican state office-holder up for election and the vast legislative overhaul. It was no surprise that Democratic nominee Jared Polis emerged as the clear favorite for governor. Let’s face it: Walter Stapleton, the Republican nominee, ran an atrocious campaign.  His ads just never hit the mark and he gained a niche for negative campaigning. Nothing could have salvaged that campaign.

The GOP Party really needs to do some soul-searching and figure out a way to become more competitive in governor races. Besides the victory of Bill Owens a number of years back, the GOP Party has tanked in every bid for the governor seat.  John Hickenlooper, in fact, only won this position due to default eight years ago because of GOP internal fighting.

But what was completely shocking was the defeat of such competent officials as Wayne Williams, a Republican, as state Secretary of State. Williams, the former clerk and recorder for El Paso County, had a pretty solid reputation. That verdict was downright freaky.

Only one conclusion:  the anti-Donald sentiment. The anti-Trumpers in Denver and other suburban areas, which gained much more support from unaffiliated voters, sealed the coffin for GOP state office-holders.

*Huge Turnout.  Forget the days that Colorado and Teller County were apathetic about elections, with huge surges of voters, especially in the final days. This is a byproduct of our mail-in ballot system that is finally catching on. 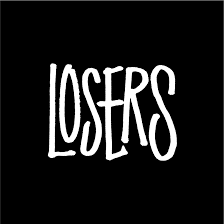 *Unaffiliated  Candidates In Teller County. The big loss of Betty Clark-Wine for county treasurer presents one troubling question:  Can a candidate outside the mainstream local Republican Party win in Teller County?  Probably not.  For two consecutive county elections, unaffiliated candidates have mounted impressive charges, but have fallen short.

Prior to Betty Clark-Wine’s defeat, Mark Manriquez, an unaffiliated candidate, conducted an extremely aggressive campaign against then Sheriff Mike Ensminger. That one fell short too by a 60 to 40 percent margin, despite predictions that the race could end up as a coin toss. It appears that outside candidates can only do well within the GOP primaries, where most county races are decided.

Clark-Wine won previously as a Republican candidate who challenged the favored GOP of party leaders for assessor four years ago, as did Patricia Crowson, when seeking re-election previously as clerk and recorder.  Crowson ran against the good ol’boy Republicans and won, but only as a fellow Republican. The same occurred with Clark-Wine four years ago, when party leaders tried to squash her from even appearing on the ballot.

Teller politics is still a rough contact sport for outside candidates. Democratic and unaffiliated candidates could run pretty competitive campaigns in the 1990s and 1980s, but not any longer.

*Roads and State Ballot Issues. While Teller voters favored many local tax issues, they showed outright disdain for most state ballot propositions. The big loser was the bid for road improvements and transportation projects across the state.  I was somewhat surprised by the local verdict against Proposition 109, Fix Our Damn Roads, which didn’t call for any tax increases. This one garnered much support by political leaders in Teller and El Paso counties.  No one was surprised by the death of Prop. 110, which called for a slight tax increase for major improvements. That one was dead on arrival.

(Hickenlooper) Hick’s goofy ads pretty much sealed the deal for that one too. Does Hick know how bad he looks on TV? And this guy wants to run for president?  John Elway, by comparison, looked pretty impressive in his ads against the anti-fracking proposal, Prop. 112?  Could this be a sign of things to come, with John as a future GOP governor?

In reality, state ballot issues now are a risky deal. When voters approved a bid for gambling for Cripple Creek, Black Hawk and Central City, this occurred in the dawning of state ballot issues. If this ploy was attempted now, we probably would have gotten the shaft.

*The State GOP Party. With the amount of GOP voters across the state, the results of the election should result in key changes at the state GOP level, and possibly some head smashing.  Best advice of all: Recruit John Elway as the next GOP gubernatorial candidate. With the current state of the Denver Broncos football team, this could be prime time for John to throw a touchdown pass for the state Republican Party.