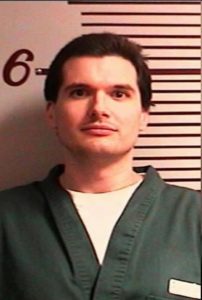 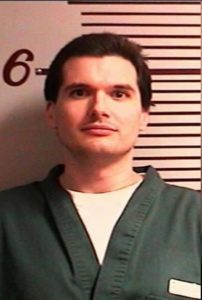 The case surrounding one of Woodland Park’s most notorious teen killers is getting more bizarre by the day.

In a surprising development, Jacob Ind, 41, who was convicted in 1994 of killing his mother and stepfather, Pamela and Kermode Jordan in their upscale home in Woodland Park, has agreed to a plea deal that may allow him to get out of jail, eventually.

However, when Ind could gain his freedom is still up in the air.

Under the arrangement, Ind pled guilty last week to second-degree murder. And because he has already served a prison sentence of nearly 26 years, he could become a free man relatively soon, under one scenario.

But his exact sentence won’t be known until Dec. 20. That’s when he faces a final hearing before Judge Lin Billings Vela in Teller County. He is eligible for a 32 to 72-year sentence. But if he gets the minimum sentence, Ind could gain his freedom relatively soon, based on the time he has already served and due to a record of relatively good behavior.  According to the plea deal, he must serve at least 50 percent of the remaining term of his prison sentence.

This plea deal ends the prospects of a lengthy trial that could have been quite exhaustive for prosecutors and for the defense. Ind was expected to make a non-guilty plea and then argue that he killed his parents due to years of incurring physical, emotional and even sexual abuse.

But proving those claims would have required a much more solid defense effort than what occurred in 1994. Most likely, Ind would have had to take the stand in his defense. According to legal insiders, he would have faced an uphill challenge and would have had to rely on jury sympathy. At the time of his conviction, Ind was the youngest teen in Colorado to receive a sentence of life behind bars with no chance of parole.

In his original trial, Ind’s attorney, Shaun Kaufman, reportedly barred the teen from testifying on his behalf.

Ind did make some final comments during his sentencing, but the judge had little flexibility to alter his conviction from life behind bars with no chance of parole. That type of sentence has now been determined to be unconstitutional for teens.

A judge last year ruled that Ind should have a retrial due to the fact that he was barred from testifying.

At last week’s hearing, Ind, according to media reports, admitted that he killed his parents due to personal turmoil after suffering from years of torture and abuse.  “I thought I was stuck,” said Ind, according to a report in The (Colorado Springs) Gazette.

His forthcoming sentence will end one of the most closely monitored murder cases in the history of Teller County. Ind’s original trial almost drew comparisons locally to the furor over the O.J. Simpson case. Ind’s original trial lasted more than a month, and involved testimony from scores of law enforcement officials, school personnel, students, family members and social workers.

His accomplice in the case, the late Gabriel Adams, whom Ind hired to do the murders, also received a sentence of life behind bars with  no chance of parole. But unlike Ind, Adams’ case did not generate nearly as much publicity

Adams died of a self-inflicted death in 2014.