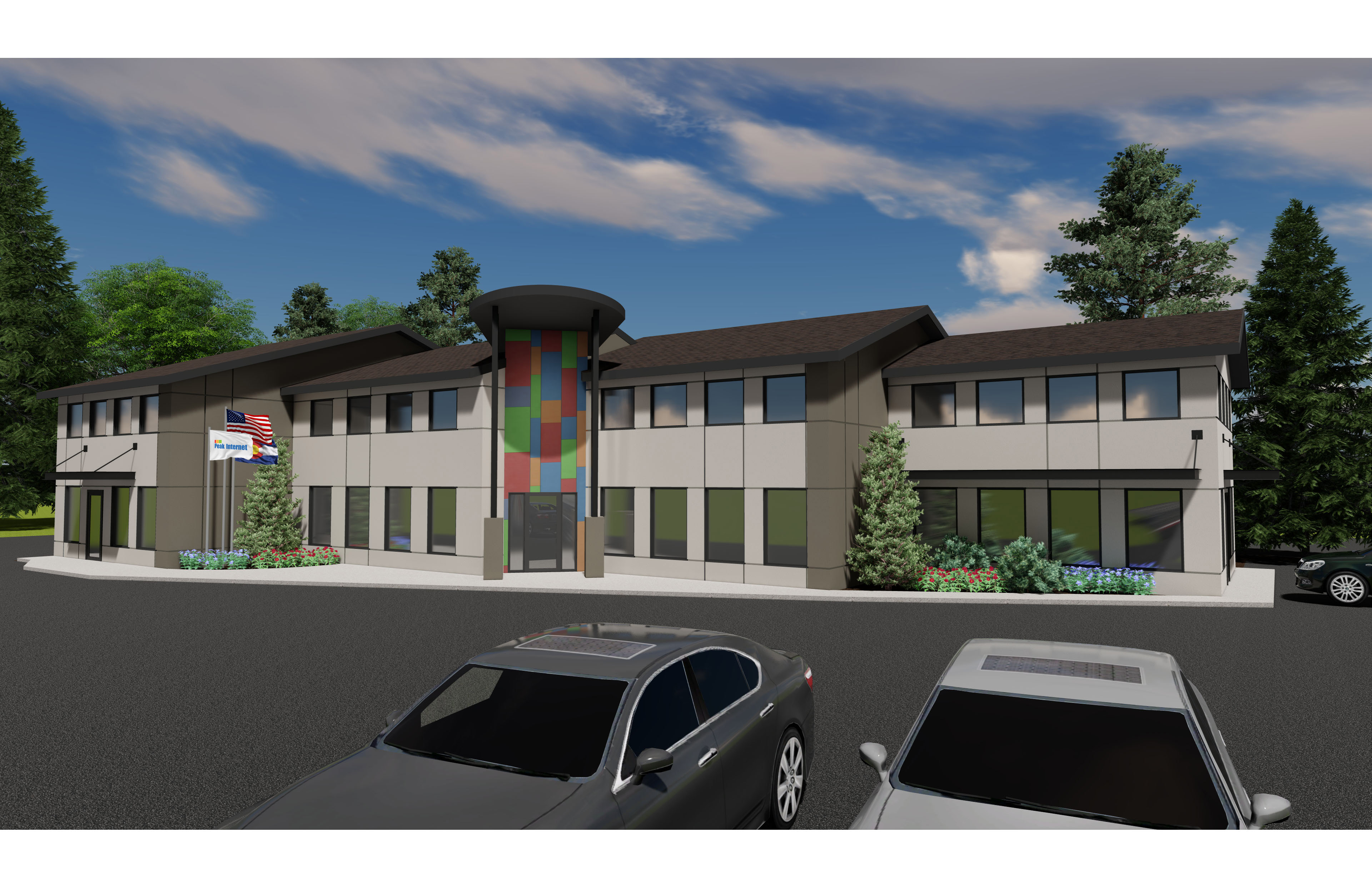 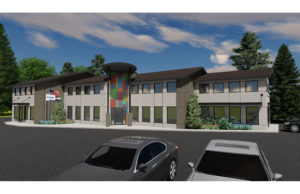 In a deal described as a win-win for the business community and Teller County, Peak Internet, the fastest growing local telecommunications firm in the region, has finalized a purchase that will allow the company to establish a new corporate headquarters in a spacious property area once occupied by the Teller County government.

Moreover, the new project puts an end to the once financially troubled saga surrounding Teller’s use of government real estate holdings as bait to help fund the purchase of the Catamount Ranch open space area. Now, this property, located in Woodland Park, will return to the tax rolls.  The project also will improve an area of town that has abounded with vacant buildings.

Last week, Peak Internet announced the purchase of a new corporate complex at 740 W. Hwy 24 in Woodland Park. The purchase closed on Oct. 31, and includes the office building with Highway 24 frontage, the 1.2 acre parking lot behind the facility, and the one story building at 540 Manor Court. The buildings were formerly occupied by county offices, but have sat vacant since these offices moved to the Tamarac office center at Research Blvd. near the post office and police department several years ago. 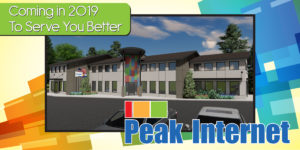 The sale was conducted as a sealed bid, with Peak Internet announced as the winner, selected by the state Land Board, the owner of the property, after their quarterly meeting on October 11, according to company officials.  Peak was chosen not solely based on a competitive bid, but also based on their commitment to immediately return the properties to the county tax rolls and to quickly begin building improvements.

The new Peak headquarters will create a fresh, modern look to outdated and neglected buildings, according to company representatives. These buildings once served as the county’s building, planning, environmental and community development offices, and a satellite officer for the clerk and recorder’s office. The building, with Hwy. 24 frontage, was occupied by the Department of Human Services.

With the help of preapproved financing provided by Park State Bank and Trust, Peak Internet

was able to commit to close within 20 days of bid selection.

Each building is approximately 6,000 square feet and will serve Peak’s needs far into the future

for both office and warehouse space. Both will be completely gutted and remodeled, inside and

“We are quite pleased with the impact it will have on us, as well as the community as a whole,” said Kathryn Perry, chief executive officer of Peak Internet, in an email, in response to a TMJ inquiry regarding the purchase deal.

“It is a win on many levels.  The project is currently in architectural design, with the conceptual rendering being only a preliminary exterior concept which will likely adjust as the interior layout begins to take shape. Under these market conditions, we expect to spend several months in the design, permit and bid process before construction begins. Contractors at every level are hard to schedule with the construction business booming. We are aiming for a 2019 completion.”

The Peak Internet chief executive officer, who just started her new post, also  described the deal as part of Peak’s future plans as a corporation.

“This is a huge step forward for the corporation, as we have outgrown our current leased space and need to make one more final move into a facility that will serve us not only now but well into the future,” said Perry. “We have transitioned from the early stages of the corporate life cycle and are in need of permanency from which we can anticipate exponential growth in customers served and in overall customer satisfaction. Our team is very excited to undertake this next step in becoming an anchor business in the Woodland Park community.”

Peak Internet currently leases space in an office building at 400 W. Midland Avenue, in the middle of town.

Peak Internet, founded in 2002 by local entrepreneur Jayson Baker, is the leading internet

service provider for the Pikes Peak region. The company focuses on providing ultra-high-speed

broadband Internet to residences, small businesses, enterprises and government clients. According to a company press release, “Peak Internet owns 100 percent of its network, without piggybacking on government or other companies’ infrastructure, and has focused its recent efforts on expanding high-speed Internet service into rural areas under-served by other internet service providers.

The company is definitely on an expansion roll.

Peak has won accolades for their innovation and service, including Colorado Companies to

The other big winner from the new development could be the Teller County government, which once used this Woodland Park property as leverage to help fund its purchase of the Catamount Ranch open space area near Pikes Peak in the 1990s.

The 1,500-acre Catamount project, with links to the Ring Around the Peak trail system, was touted as a big winner from a conservation and recreation standpoint. But it raised a number of questions financially, almost forcing the county to consider selling the Catamount Ranch area at one point when the government hit lean times. Critics wondered why the county gave up this property to the state for what some described as a speculative open space deal. Even a former director from Great Outdoors Colorado, which helped fund the Catamount purchase, questioned this arrangement.

But once the county obtained public access to the area, the Catamount project moved forward, and county officials silenced some critics.  Still, the rental arrangement it had with the state did pose some financial challenges. The county several years ago opted to move out of this property into the Tamarac center. Eventually, the county hopes to move more of their operations into Divide.

The return of the property to the tax rolls will undoubtedly help the county’s bottom line.