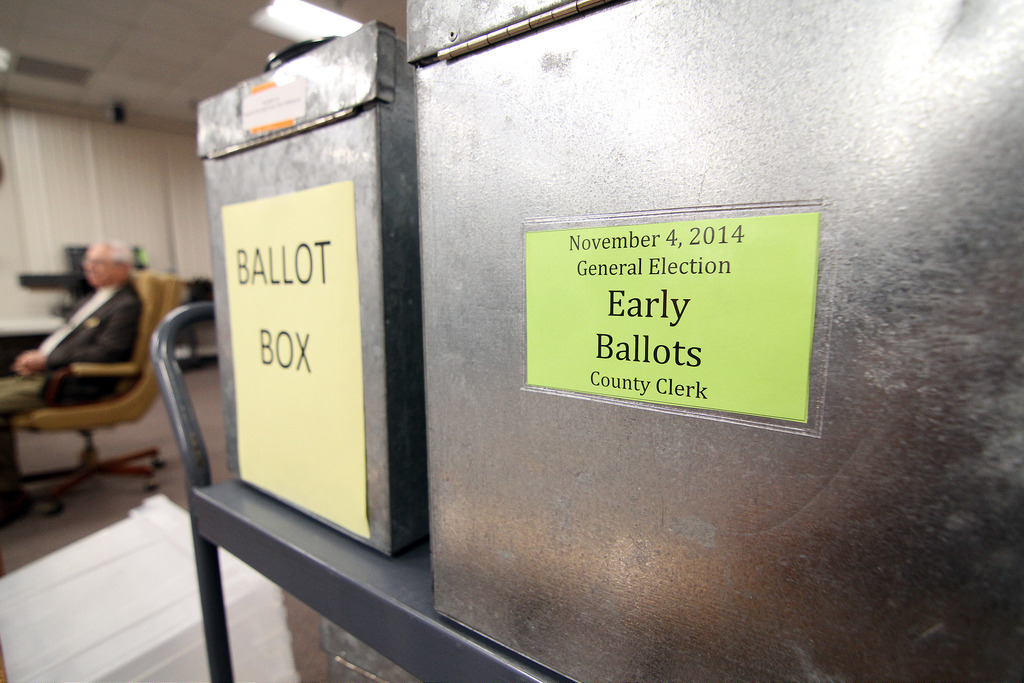 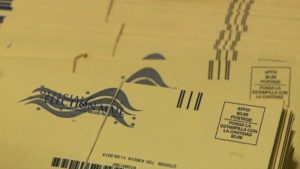 
Election 2018, capped by a virtual explosion of ballot issues, is reaching a grand conclusion. Well, at least in theory.

Only one main question: Did you receive your ballot in the mail?  And if you did, make sure you mail it in, or drop off your ballot at a designated place, or partake in early voting at the Woodland Park Public Library.

Much is at stake with the Nov. 6 election, with nearly 25 local and state ballot questions and the first ever contested race for county treasurer, along with key showdowns on the national and state front.  You can also register to vote, if you still want to partake in the forthcoming election..

Due to a slight delay in the mailing out of ballots statewide, many residents may not have received their ballots until late last week. If you didn’t get a ballot, call the clerk and recorder’s office immediately at 719-689-2951

Teller County Clerk and Recorder Krystal Brown reported the official mailing of close to 17,000 ballots. But statewide, she said about 3.4 million ballots hit the mail distribution centers, starting on Oct. 15.

She conceded that some delays did occur for Teller residents.  “We received multiple calls,” said Brown, in reporting about the ballot situation at last week’s county commissioners meeting.

According to Brown, the initial return rate was a little slow, with less than 2,000 ballots trickling back to the county clerk offices by early Thursday morning. She attributed this to the delay in the mailing, with the ballots initially going to a distribution center in Denver.

The absolute deadline for returning ballots is 7 p.m. on Nov. 6.

If residents are unsure about their ballot situation, they can partake in the early voting at the Woodland Park Public Library, which kicked off on Oct. 22.

Election 2018 locally is being dominated by ballot questions. Residents in most districts in the county and the lower Ute Pass are confronted with tax and spend questions.  Probably the one garnering the most publicity deals with a slight half-cent sales tax for the Ute Pass Regional Health Service District to help fund, sustain and improve the ambulance service.

In Cripple Creek, residents are being asked to continue the same three-tenths of one percent sales tax to help fund the operational costs of the Aspen Mine Center. And in Green Mountain Falls, residents are being asked to approve an occupational tax to replace a former lodging levy, for overnight guests at local lodging establishments, such as hotels, motels, bed and breakfast homes and short-term rental properties. The proposed occupational fee is set at $4.50 a night.

All three of these local tax bids are being strongly supported by leaders of the respective communities.

A number of other local ballot issue confront voters, such as bid in GMF to reduce the number of elected trustees, and a plan in Victor to have the town clerk appointed by the city council.

Voters also face 13 state ballot propositions, seven of which consist of citizen-sponsored measures. They cover a wide bevy of subjects, including: forming an independent commission for congressional redistricting; raising taxes to fund education better; changing the campaign contribution limits; authorizing transportation bonds for projects across the state without raising taxes and using monies from the general fund; authorizing transportation bonds for state, local and transit projects by raising sales taxes slightly; imposing restrictions on oil and gas development projects, including fracking by establishing minimum buffer requirements from occupied buildings; and requiring the local and state government to compensate a property owner if a law or regulation reduces the fair market value of his/her property, just to list a few highlights.

Out of this list, the ones commanding the most attention locally have dealt with the conflicting transportation questions, Propositions 109 and 110, the fair compensation plan, Amendment 74, and the oil and gas development restrictions, Proposition 112.

Leaders from most communities in Teller and El Paso counties have rallied strong in support of Prop. 109, Fix Our Damn Roads (without tax increases) and have opposed Amendment 74 and Prop 110. The airways have been bombarded with advertisements for and against these issues, featuring football legend John Elway and Colorado Governor John Hickenlooper, a probable candidate for president in the 2020 election.

On the local level, all eyes are focused on the highly competitive race for Teller County treasurer between GOP nominee Mark Czelusta, a nearly 30-year Air Force veteran and financial planner, and Betty Clark-Wine, the county assessor for nearly eight years and a former member of the Woodland Park City Council. This race emerged as a focal point of last week’s candidates forum, sponsored by the Woodland Park Chamber of Commerce.  Although the candidates agree on many issues, they haven’t hesitated in emphasizing their vastly different backgrounds and expertise and experience levels. (See mountainjackpot.com for profiles of the candidates.) The two candidates have engaged in a highly visible campaign, highlighted by considerable signage and media advertising.

On the state level, the biggest contentious race has hinged on the battle for governor between Republican nominee Walker Stapleton and Democratic contender Jared Polis. The winner will succeed Hickenlooper, who is term-limited.

Another big race in the region will occur for the U.S. Congress, District 5 seat, currently held by Republican Doug Lamborn. Lamborn is being challenged by Stephanie Spaulding, a Democrat, in a spirited campaign.

Other contested elections are being waged for state secretary of state, attorney general, treasurer, and several key legislative spots.

For election questions in Teller County, call 719-689-2951, and for El Paso County, call 719-575-8683.  For Park County, call 719-836-4333. Stay tuned for complete election coverage in TMJ News, and make sure to view our website at www.mountainjackpot.com and our facebook page at Mountain Jackpot Facebook.