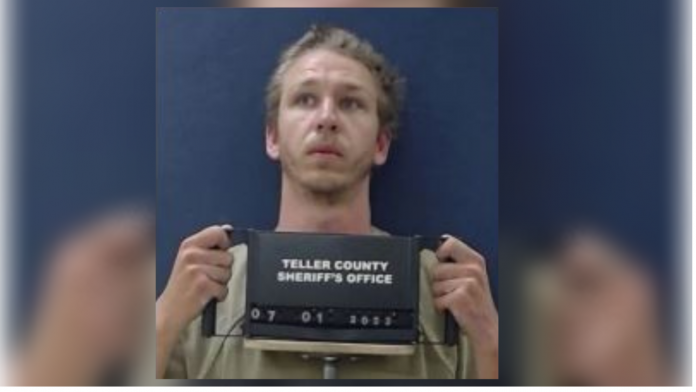 Summertime in the Ute Pass is a time dominated by an invasion of bizarre, criminal incidents, based on past trends.

Well, this summer season has proved to be no different as unusual crimes have commanded center stage attention during the months of June and July, including reports of a sexual assault on a child, a  stolen police car, false law enforcement impersonation and  a high-speed chase that exceeded 110 miles-per-hour.

And the bad news is that the summer season is technically not even half way over. If the strange crimes that have taken place in the last month or so are any sort of indication of what Teller County could experience this year, the area faces big trouble.

The following is a short synapsis of two of the major crimes that Teller County has confronted since the warm weather struck the region. For more crime stories of the region and for ongoing law enforcement reports, stay tuned to mountainJackpot.com.

On June 29, the Woodland Park Police Department arrested a suspect under sexual assault charges after a seven-year old child came to the police station and filed a complaint. After several interviews with the child, the police arrested Kevin McAvoy Jr. on felony charges of sexual assault on a child and the following misdemeanors: indecent exposure, unlawful sexual contact with a minor, and child abuse.

McAvoy was originally held at the Teller County Jail under a no bond arrest. However, at the time this article was written, McAvoy was no longer listed as being incarcerated on the jail website meaning he may have been released after he was arraigned by a judge.

According to the arrest affidavit, McAvoy was a close friend to the child’s father and he was known to the child and their two siblings as “Uncle Kevin.” McAvoy lived at a house on Valley View Drive in Woodland Park with his elderly father when he invited his long- time friend (the victim’s father) to stay with him as the father was separated from his wife (the children’s mother).

The incident occurred one day when the father’s three children were visiting him and staying the night at McAvoy’s residence. The child entered the suspect’s room to play video games with him when the alleged assault took place.

After the children left McAvoy’s house, the victim went home and told their mother about what had happened. The victim’s mother immediately took her to the police station where the child was questioned by Woodland Park Police detectives and a forensic interviewer.

In the early hours of June 20, a man broke into the Park County Sheriff Department’s Lake George Substation,  and then used keys located in the office to steal a marked Park County Sheriff’s patrol car. The exact time of the theft is not known and authorities are not sure how long the suspect had the car.

But then at around 3:30 a.m., the suspect in the stolen patrol car decided to respond to a domestic violence call at a residence in Florissant. According to the arrest affidavit, as the Teller County Sheriff deputies were responding to the domestic violence call, a dispatcher told them that the reporting party called back and said that a Park County Sheriff deputy arrived on the scene intoxicated. The person said the vehicle had damage and when the suspect got out of the stolen patrol car he asked, “where’s the old man that’s going to shoot someone?”

Once the Teller County Sheriff’s deputies arrived at the residence and started walking up the driveway, they saw the stolen patrol car heading down the driveway and asked the driver to stop the vehicle and get out of it. The driver did not comply with the verbal commands and took off at a high rate of speed headed towards Hwy. 24.

The driver of the stolen cop car then led Teller deputies on a chase on westbound Hwy. 24. For several miles, the suspect refused to stop reaching speeds of more than 110 miles per hour.

The suspect then turned off the highway and ended up wrecking the stolen car on Matukat Road near Florissant. After he crashed the patrol car, the defendant fled on foot, and when deputies approached him, he pulled out a knife.

The deputies fired one shot from a firearm and deployed a taser to eventually get the suspect into custody. The deputies then arrested 33 year-old Jeremiah Taylor of Florissant on several charges, including aggravated motor vehicle theft, vehicular eluding, impersonating a peace officer, obstruction, resisting arrest, reckless endangerment, second degree burglary, and reckless driving.

Taylor was first taken to a local hospital to get treated for self-inflicted knife wounds that occurred during his arrest. He was then booked into the Teller County Jail where he still sits on a no-bond arrest.