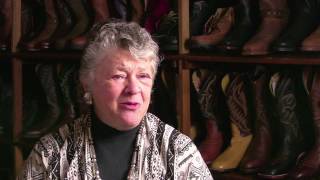 For the last year, the Woodland Park City Council has opted to take a new direction with the running of their Downtown Development Authority (DDA); and this process has involved dismantling the former board and replacing it with mostly new members.

As a result, this has ended the lengthy run of Merry Jo Larsen, an anchor of the business community for decades, and one of the original members. In fact, Larsen partook in the original discussions, headed by former City Manager Mark Fitzgerald, and spearheaded by many business operators, including Larsen. These discussions occurred in the early 2000s, when the DDA district was formed and approved by the voters.

The end of June marked the latest change as Larsen, a longtime DDA chairperson,  ended her long stint with the board.

Larsen’s term officially ended last month after her application to get re-appointed was denied by city council. During a council meeting on June 16, a motion to re-appoint Larsen to the DDA board did not get a second ,so the matter did not even go to a vote. The council then announced that they would advertise to fill the empty DDA seat.

Larsen’s exit marks the end of a legacy as she was one of the only original members of the DDA left. Larsen was a board member when the organization started more than 20 years ago and she was part of the original deal for the city to acquire the Woodland Station property from the Ute Pass Saddle Club.

Larsen has since played a vital role in the DDA accomplishments over the last two decades.  Larsen said that it took the group many meetings to figure out what the DDA was meant to do for the city.

The board was initially tasked with figuring out how Tax Increment Financing (TIF) works (This process deals with development incentives and improvement income generated for the district since its formation) and learning how to apply them to developments in the city.

Since its inception, the DDA has helped several major new developments come to the municipality through their incentives program, such as Tractor Supply, the Dinosaur Resource Center, Big O Tire, The Dollar Tree and the Microtel Hotel.

Larsen said that she is proud of what the DDA accomplished during her reign. “I think that we had some good contracts with all of those businesses,” Larsen said. “And, I think we took care of the taxpayers as best we could. We saved money by having the board manage the DDA. I am happy to have served, but it is now time to move on. I wish the new board the best of luck as we do have two new developers for the Woodland Station property and I hope something pans out.”

A Good Fit for the DDA

Larsen said  she originally joined and helped pioneer the DDA because she thought it would be a good fit. The business owner cited the length of time she has lived in the area and the fact that her family has operated The Cowhand in downtown Woodland Park since 1965. “I felt that I had a feel for Woodland Park and I had a feel for the people that came here,” Larsen said. “I think that if you don’t have skin in the game then things are irrelevant. I really felt that I had a feel for what the city needed and I had some information I could bring to the table.”

She said she hopes the new DDA board can work with the two new developers and make something happen at the Woodland Station property. But in a cautionary tone,  she hopes the development ends up becoming something that helps and supports the city’s business district.

“It took us a long time to really understand TIFS and really get a feel for what is happening with the DDA,” Larsen stated. “We really tried to reach out to the people and I think that the new board is going to have to spend some time trying to get it figured out. They will need to spend some time to figure out how TIFs really work, what’s really working for the community, and what people really want.”

At times, her stand has clashed with that of the city administration.

“What city hall wants may not be what the community wants and it definitely may not enhance our business district and the businesses in Woodland Park,” added Larsen.  “I think that’s going to be something that they are going to have to struggle through.”

Larsen held her seat as the chairperson of the DDA until her term officially ended on June 30. This month the DDA will be tasked with appointing a new chairperson and filling the board’s empty spot.