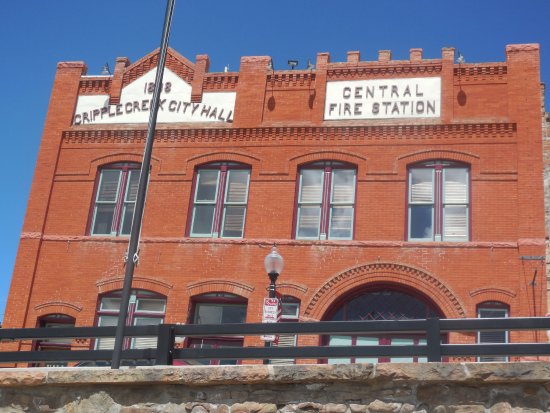 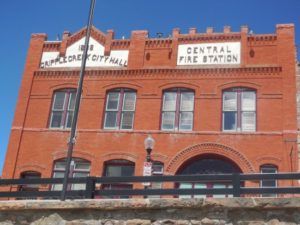 The Cripple Creek City Council will soon select the town’s new permanent head boss, one of the more critical decisions it has faced in months.

In fact, under one scenario, a decision could be announced later this week, or at a forthcoming meeting in early December.

Unlike past pursuits for a head manager, this time city officials are using a recruiting firm, and are relying on executive hiring experts more and obtaining advice from their own department heads.  The process mirrors what they did in picking a fire chief.

Last week, the city council conducted behind closed doors interviews with the four finalists for the position, initially vacated last summer. In addition, the finalists were queried by a panel of local department heads.

This is a much more extensive and thorough process than what the council had done previously in picking a new city boss.

Since Ray DuBois resigned this position last summer, Ray White, who assumed this role previously, has served as the interim city administrator.  His contract, though, expires at the end of the month.  White, who lives in the area, did not apply for the permanent spot.

They were chosen from the Colorado Springs-based KRW consulting firm out of 35 official applicants for the job.  Carol Stotts, the city’s human resources director cited the quality of the finalists, which included a diverse range of contenders from across the country. She said previously this process worked real well during the selection of Dean O’Nale, as the town’s fire chief, who actually hails from Florida.

White agreed with the idea of using an outside firm, indicating that this takes the subjective politics out of the hiring process. The process is also much more transparent than the course the town has taken in picking past head administrators. Previously, town leaders were criticized for not involving the public more in making their final pick for who should man the town’s administrative ropes.

The finalists for the city administrator have included Mark Campbell, an executive board member of the Colorado Local Government Limited Gaming Impact Commission and a former manager from Kremmling, Colorado; Louis Fineberg, a recent town manager for Silverton, Colorado, and a certified floodplain manager; Isaac Holland, the current city manager for Willmar, Minnesota and  a member of the International Managers Association and the Colorado Emergency Management Association; and Susan Parker, a  recent town administrator for Sunset Beach, North Carolina and a previous town manager for Crested Butte, Colo.

Whoever gets the job will have to hit the ground running. Cripple Creek is striving to become more of a destination area, embarking on more ambitious efforts to attract more visitors.  At the same time, the city is facing some major financial challenges in dealing with a leaner gaming environment with fewer betting devices, the main source of revenue for the city. This has put more pressure on the city financially.

Plus, the town hasn’t exactly set any records for employee longevity for the head manager job. Since 2005, Cripple Creek has sported probably at least five different temporary and permanent city administrators.

City managers/administrators are a demanding commodity in the region with several cities in the region experiencing a changing of the guard recently with their top municipal bosses, such as Woodland Park, Manitou Springs, Green Mountain Falls and Monument, just to name a few.