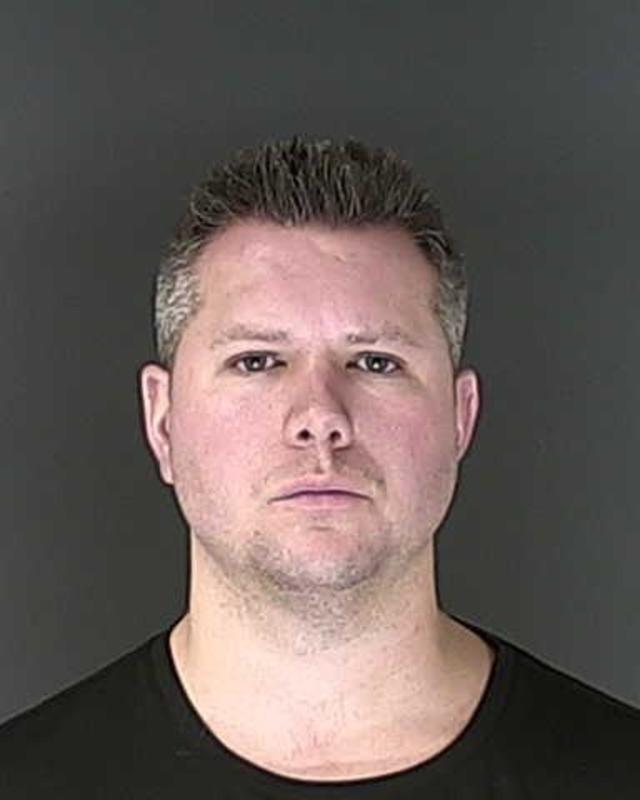 The case involving  a former Cripple Creek Police detective sergeant,  charged with felonies related to having sexual relations with a victim while on duty, has taken another step forward, with a hearing set for early March.

This case has already snagged much media attention in the area, but has garnered few official comments.

Last week, 36 year old Alexander Kenoyer appeared in court for the first time for his charges of inappropriate sexual conduct and attempting to influence a public servant.

The arrest warrant was issued by the Colorado Bureau of Investigation after CC Police Chief Charles “Bud” Bright asked for their help to conduct an internal investigation on the sergeant. Kenoyer was initially put on administrative leave when the investigation was started last fall, and then he resigned from the police department shortly after.

According to the arrest affidavit, the former police officer is accused of having sexual contact with a woman who was an alleged victim of human sex trafficking over the period of several months. The incident started in 2021 when the victim contacted the police department to have them investigate her claims of sex trafficking.

The affidavit states that the two started having conversations, via text messages, starting in October 2021. The two then met up at a local hotel and had sex that next November.

The investigators then found numerous explicit text messages between that two that went into the start of 2022. After the first time they had sex in November 2021, police found several sexually explicit messages and images between Kenoyer and the victim.

According to the affidavit and a report in The (Colorado Springs) Gazette, the messages would go from being sexual to the victim asking about her sex trafficking case and seeking advice for a potential fraud case. The police also found messages indicating that Kenoyer and the victim had sexual relations in the former detective’s office and in his patrol vehicle.

Eventually the sexual relationship between the two ended in May 2022, but the text messages didn’t stop there. A couple months later, Kenoyer texted the victim when he found out that an internal investigation had been started pertaining to his previous relations with the victim.

Kenoyer then reportedly asked the woman to delete all of the conversations and images the two had sent each other, according to reports.  He also asked the victim to send a letter to the Cripple Creek Police Chief saying that the two had never had sex.

In August 2022, the woman told the Cripple Creek Police Department that she was “being blackmailed” by Kenoyer and that the former detective sergeant forced her  to write a false letter to the police chief saying that they never had sexual relations. The victim did tell police that the sexual relations between her and the former officer were consensual.

During the court date on Jan. 9, Kenoyer’s defense attorney asked for more than 35 days to review all of the evidence in the case. The judge then allowed Kenoyer to waive his right to have a preliminary hearing on his charges in less than 35 days and set the hearing for March 6.

Kenoyer faces two felony charges of unlawful sexual conduct while on duty and one felony charge of attempting to influence a public servant.