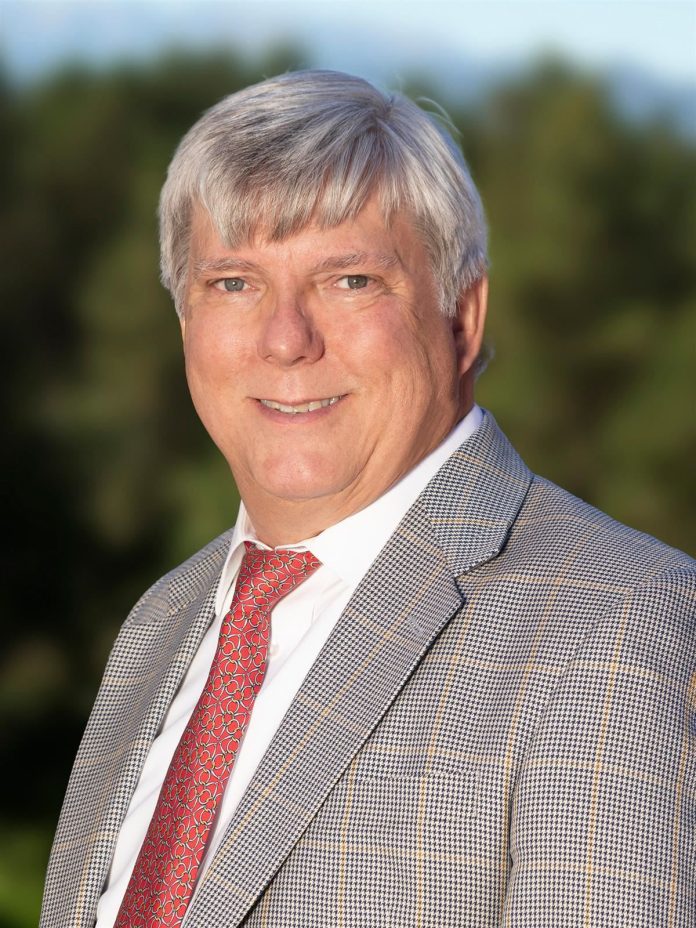 Publicized Town Hall Only Attracts A Handful of Speakers

The Woodland Park RE-2 School District Board of Education has selected one finalist for the new interim superintendent to man its administrative ropes, following a town hall  meeting last week that didn’t attract many speakers. His position is not final as he is slated for an interview next week.

Ken Witt, who has strong connections with the Merit Academy, in serving as executive director of Education ReEnvisioned BOCES (the organization that accepted Merit’s previous applications as a contract school), and who previously served on the Jeffco School Board of Education, got the nod to serve as the district’s interim boss. The board eventually wants to have a permanent superintendent.

Witt was the sole finalist for the position.

Earlier this year, the board announced that they wanted to hire an interim superintendent to finish off the ’22-’23 school year and see how things progressed, until they decided to fill the position permanently.

To start the school year this year, the board made the decision during summer break to make district administrators Del Garrick and Tina Cassens share the duties as co-interim superintendents. The board has said in previous meetings that they wanted to hire an interim superintendent this month to take the reins for the second semester of the school year, so that Cassens and Garrick could return to their usual assignments.

Last month, the school board opened up applications for the interim superintendent position, and then closed applications at the end of November. The board along with the hiring committee and the district’s transparency and accountability committee then took the last couple of weeks to go through the applications and announce finalists.

Early last week,  the board held a town hall meeting to get input from the public regarding what citizens would like to see in the district’s new head boss. Then two days later on Wednesday, the district announced Ken Witt as their only finalist for the position.

During the town hall meeting, the venue was changed from the auditorium to the district conference room due to less participation than expected. The meeting only featured a handful of speakers.

During the town hall, there were only three of the five board directors present. Board President David Rusterholtz told the crowd that Director Suzanne Patterson was on vacation. It was announced during a previous board meeting that Director Chris Austin had resigned, leaving a vacant position open.

Before the forum took place, those wishing to speak had to sign up ahead of time and pick one of a few topics that could comment on. The topics had to do with the level of education and life experiences the new superintendent should have, the strengths he/she should exhibit, and the goals for the interim boss.

Residents Matt Gawlowski talked about times the superintendent stood up to the board. He emphasized that the new superintendent needed to have integrity. Resident Kitten Walker agreed that the district needs a person with integrity but she also wants one who will listen to what the board wants from them.

Resident and school parent Mary Ward spoke about the goals for the next superintendent. “Whatever you end up doing in the way of the superintendent, I hope that you will hire someone that is ready to center and support the teachers and their overall wellbeing in and outside of the classroom,” Ward said. “These highly trained, educated professionals are the backbone of this entire school system. If you continue to take from them what they are not willing or ready to give you especially in the form of their valuable and needed breaks, we are all in trouble. As a parent I want my kid to have a teacher who is well, has a healthy work/life balance and is paid well for the important work they do.”

During the board’s special meeting on Wednesday, the board announced Witt as the finalist for the position after taking some time to review all of the applications. Witt is currently the executive director of Education ReEnvisioned BOCES which was the organization that accepted the Merit Academy as a contract school during last school year before it was chartered into the district earlier in 2022.

Witt was previously elected to the Jeffco Board of Education west of Denver in 2013. But he then lost his position in a recall election in 2015.

Just after the special board meeting, the district opened up applications to fill the vacant board director position. The board will be accepting letters of intent to fill the position up until Jan. 13. Whomever gets appointed by the board will serve until the end of  Austin’s term, which is slated to end November 2023.