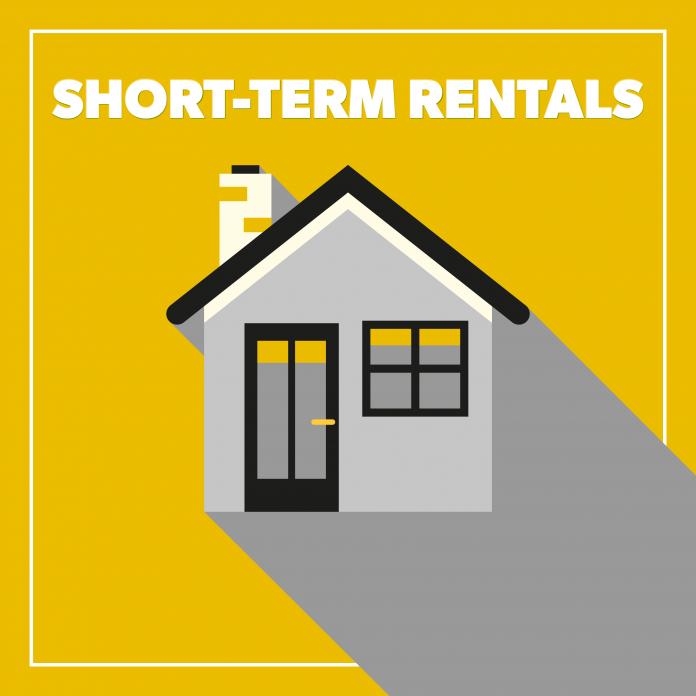 There were two community forums held last week in Woodland Park to garner input from the community regarding short-term rentals (STRs), a heated topic throughout the region.

Approximately 35 residents attended the earlier forum at 6 p.m. The attendees were broken up into six groups to discuss the impacts of STRs and present their suggestions to staff. In turn staff will forward the findings to city council for consideration.

STRs have become a hot button issue over the last several years. Many municipalities have taken steps to regulate STRs, including our neighbor to the east, Colorado Springs.  This trend is growing in Teller County and the lower Ute Pass, with Cripple Creek implementing an all-out moratorium on STR applications until mid-September. The staff also has suggested a list of guidelines, once the moratorium expires. And in Green Mountain Falls, a community meeting on the subject is scheduled for later this month.

The issue has sparked divided comments.

Residents are concerned about safety, equality between STRs and hotels, incongruent standards and management, weakening community and residential character, effects on affordable housing, and enforcement.

Some resident concerns also include crime, out of state investors buying up residential properties, and erosion of community culture. On the other side of the coin, property owners and realtors are worried about the impact on tourism if STRs are regulated too much, and the livelihood of residents who operate STRs.

Possible remedies could be limiting occupancy and the number of vehicles allowed, to requiring a point of contact within two hours on a 24/7 basis, if problems do occur at a STR unit.

Taxation is another issue that needs to be addressed, according to officials. Commercial property tax is levied at 29-percent, while residential property tax is levied at 7.15-percent. It must be determined where STRs fit into this tax scenario. The taxing issue must be addressed by the state since this part of the issue is out of the purview of the city.

At last week’s forum, officials noted that Incongruency of standards could be addressed by requiring owners to adhere to good neighbor guidelines.

In addition, concerns over community character could be addressed by notification to home owner associations, and regulation of STRs by zoning.

Big problem issues with regulating STRs include property rights, loss of affordable housing, hazards of over/under regulation, and enforcemen.t Possible regulation options the city may consider, based on last week’s discussion, include prohibiting non-owner STRs in single-family residential zones (grandfathering in those already approved until the property sell or owner dies), disallowing all STRs in multi-family residential zones (no grandfather clause), halting subletting for STR purpose, and regulating through the city ordinance policies.

Some interesting statistics were revealed at last week’s forum. One fact is that the current total estimated STRs in Woodland Park is now at 156 units. Of these 156 units, 89 received business licenses from 2021 to July 2022. According to Councilman Frank Conners, 156 units is equal to 3 percent of the city’s housing stock.

City staff is continuing to seek input from residents and business owners. Aside from these forums, staff is conducting an online survey to gain input.

The public can register for the WhatsUpWoodlandPark.com platform to receive emailed updates and take the second online questionnaire.