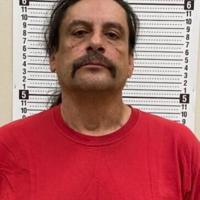 So much for a quiet time for the Woodland Park Police Department and a breaking-in period for  head chief Chris Deisler.

In fact, during the chief’s  first full month on duty, police activity has escalated. And surprisingly, one single location, (the Safeway in Woodland Park), has become a prime spot where the police have experienced criminal activity recently. This also ranks as the more attractive local shopping hubs.

When Deisler first took office in March, he said that he wanted to start printing police reports in the local newspapers so that the community knew what work his law enforcement agents are conducting day to day. He also vowed to make mug shots of arrestees of certain crimes to help deter people from breaking the law.

After less than two months in his new position as head law enforcement agent, Deisler has already been busy releasing police reports of significant local crimes. And strangely enough, the first two crimes he has reported since he has been in office have both been theft/fraud related, and they both occurred at the Safeway on Highway 24 on the east side of Woodland Park.

Last month, the Woodland Park Police Department got a call from the grocery store, saying that there was a man that kept stealing from them multiple times. According to the store’s staff, the suspect had gone to the store several times during the month of April when he would load up his shopping cart full of meat products from the butcher case, and then leave the store without paying for the items.

After the suspect had stolen merchandise, estimated at a worth of several thousands of dollars, the police decided to set up inside the grocery store in efforts to catch the assailant. According to a release put out by Chief Deisler, “officers were deployed in a covert capacity in and around the store to target this suspect.”

Over the weekend of April 23 and 24, store personnel alerted the police when they saw the suspect, 57-year old Alfredo Morales, attempting yet another large theft. This time though, the officers set up at the store were able to quickly contact Morales and put him under arrest.

The suspect was then charged with multiple felony charges for all of the thefts he committed during the month of April. “The suspect is cooperating with investigators and additional charges may be forthcoming on other persons of interest,” Deisler said in the report. “There is no additional information to release at this time.”

Before the month of April went away, police received yet another call for theft at the Safeway on the evening of April 30. According to the report, the suspects entered the store that night and they picked up a shopping cart that had a wallet in it that another person had unknowingly left in the cart when they exited the store.

The suspects reportedly used the victim’s credit card to pay for all of their items. And then they did it again to pay for their gas at the Loaf n Jug on Highway 24 in Woodland Park.

Most recently, police determined that the suspects attempted to use the victim’s debit card an additional time to make a fraudulent purchase at the Tractor Supply on Hwy. 67 in Woodland Park.

“They are believed to be operating a newer model, dark-colored Jeep Cherokee with temporary tags,” the police said in a statement. “If you have any information on the identity of these suspects, please call 719-687-9262.”