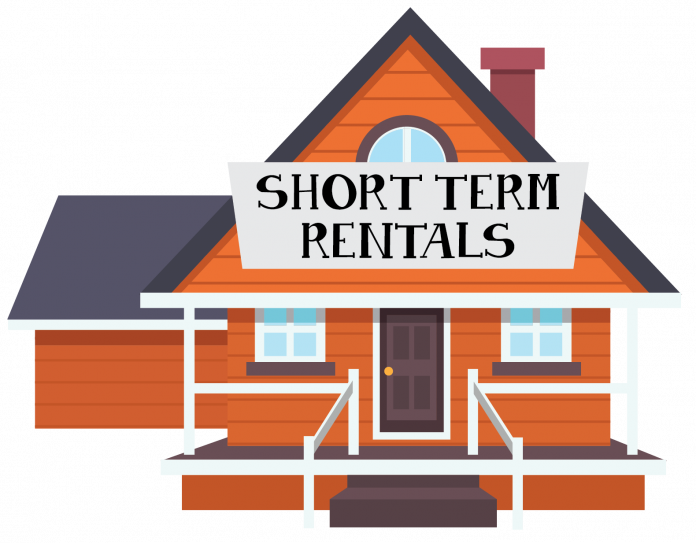 Last Thursday night, the Woodland Park City Council and  Planning Commission held a joint meeting to hear a presentation on what the staff has proposed in an effort to tackle the controversial issue of short-term-rentals.

The issue of whether or not to regulate the rising number of short term rentals (STRs), and by how much, is being discussed and dealt with all across America. Woodland Park is no exception, although at this time, the city is behind the curve when it comes to dealing with these controversial rental properties.

The city of Cripple Creek has already imposed a moratorium on these types of uses, so it can evaluate its housing situation better and not negatively impact its limited itinerary of housing for local workers. But this moratorium is scheduled to expire soon, and it has already sparked some legal questions.

Other resort communities in Colorado have taken even a stronger stance in regulating STR properties.

Felts defined STRs into two categories: owner occupied and non-owner occupied. He defined STRs in general as a dwelling unit or portion offered or provided to a guest by an owner or operator for a fee for fewer than 30-consecutive nights. According to Felts, there are currently 130-active STRs in the city.

Felts noted that city staff has interviewed several stake holders in the community for feedback on the issue. The results are that stakeholders are concerned for safety, equality between STRs and hotels, incongruent standards and management, weakening community and residential character, effects on affordable housing, and enforcement.

Some of the resident concerns have included, crime, out of state investors buying up residential properties, erosion of community culture, the impact on tourism if STRs are regulated, and the livelihood of residents who operate STRs. Felts concluded that many of the concerns are not substantiated by facts.

One vocal resident, a former member of the planning commission, has told TMJ that the situation is approaching a crisis stage and is ruining local neighborhoods.

Possible Solutions in Addressing the Problem

Felts went on to cover safety issues raised and concluded that a possible remedy could be limiting occupancy, number of vehicles allowed, and to require a point of contact that could respond within two hours, 24/7 days a week.

The taxing issue could be addressed by the state which is out of the purview of the city.

Incongruency of standards could be handled by requiring owners to adhere to good neighbor guidelines, noted Felts.

Concern over community character could be addressed by notification to home owner associations, and regulation of STRs by zoning.

Felts then went on to note several solutions crafted by several other communities and regulations regarding STRs. These varied by jurisdiction, but the general consensus of all the comparisons involved the use of  business license fees, violation fines and restrictions of owner occupied vs non-owner occupied units.

Felts then outlined possible regulation options the city may consider. These included, prohibit non-owner STRs in single-family residential zones (grandfathering in those already approved until the property sell or owner dies), prohibit all STRs in multi-family residential zones (no grandfather clause), prohibit subletting for STR purpose, and regulate through the city ordinance policies.

The next step in the process of what to do about STRs will be a further joint session of planning and council to formulate recommendation to staff and get community involvement in the discussion and better policy direction.  The final step involves an okay of new pending rules and regulations regarding STRs by the city council.