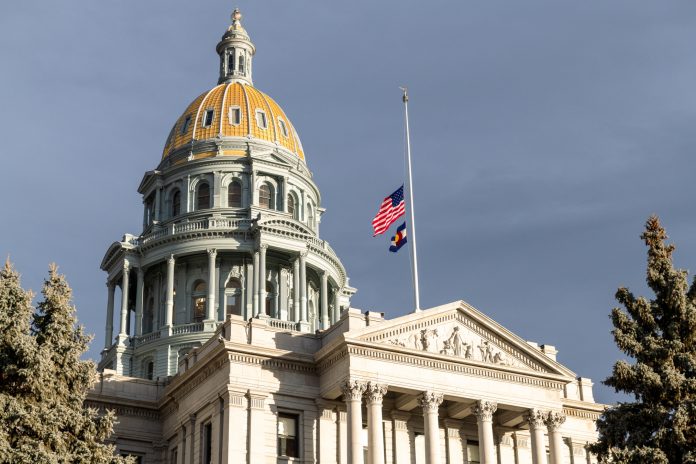 One-Year Reprieve Enacted; Long-term Solution Still Up In the Air

It’s been a pivotal time for elected leaders and officials in Teller  County who have found themselves putting on their legislative boxing gloves in the final days of the 2022 session.

Although headed for possible defeat on a proposal to set the stage for collective bargaining at the county government level (see related story), local leaders are waving a victory flag in their combined effort to halt efforts to snag away more than $1 million in gaming funds.

At least for now, Teller and Gilpin counties and the three gaming towns netted  a one-year funding reprieve.

At issue is the perception of more monies generated from the elimination of betting limits in the three Colorado gambling towns, including Cripple Creek, and a growing state interest in giving more funds to other entities in need.

In an 11th hour move, Cripple Creek and Teller/Gilpin County leaders were confronted from the pending loss of $1.25 million for a new formula for the gaming allotment dollars for extended use of monies to help community colleges and allot more funds for the state historical society group.

The red alert button was signaled at a recent city council meeting by Cripple Creek Finance Director Paul Harris, who indicated this was a last-minute legislative surprise with no input taken from the gaming towns or the impacted counties.

This is what irked local leaders the most, and they were stunned by sudden gaming legislation that changed the allotment of the revenue pie without their input. Harris stated that the proposed change could also hurt the town in the area of historic preservation dollars.  These monies often benefit such popular functions as performances at the Butte Theater.

Early last week, Teller and city officials rallied their forces and testified before a key legislative committee. The county commissioners maintained that their input made a difference.

“We got their attention,” said Teller County Commissioner Bob Campbell, in describing the response generated by officials in Teller and Gilpin counties and  by the gaming towns.  He said the end result was the restoration of $1.25 million in gaming funds for a one-year period, and the formation of a committee to evaluate a long-term solution.

During last week’s county commissioner meeting, the board gave an extended report on the collaborative efforts to retain the gaming monies.

“I have never prouder,” said Teller County Commission Vice-Chairman Erik Stone. He cited an emergency rallying cry that involved a cooperative pact by Teller County and the city of Cripple Creek, along with Gilpin County and Black Hawk and many staff members, within a 24-hour period “We all come together,” said Stone.

Moreover, he stated that it shows they could make a difference in the legislative arena, at least when it came to gaming issues.

He cited the fact that they pounded hard on the point that the process state officials used to alter the distribution of these funds wasn’t proper and it adversely impacted the gaming towns and impacted counties.

Campbell stated that local officials faced a tough grilling, but they came prepared armed with plenty of artillery, in the form of firm evidence that supported their cause. “I was the clean-up batter,” quipped Campbell, in noting that he was the  ninth speaker in opposition to the Joint Budget Committee’s plan.

Cripple Creek, especially, had a lot at stake, as their community has been hit hard by the COVID-19 infliction.

Cripple Creek Mayor Milford Ashworth expressed similar sentiments and thanked the county commissioners for their support in helping the town to save several hundred thousand dollars, which it would have lost.

Trying to defend gaming revenue is not a new challenge, as this has been one of the big concerns area leaders deal with during every legislative session.

But the latest fight occurred in the last rash of legislative action, as lawmakers are trying to pass hundreds of bills in the final days of the legislative session. According to several reports, there were close to 50 percent of the 645 introduced bills that were awaiting action as of late last week.

Campbell said he is optimistic that a long-term solution can be reached in the next year. A new committee is being formed to come with a solution that will address the state’s concerns and grapple with the impacts faced by the gaming towns and counties.  “We now have a seat at the table,” said Campbell.