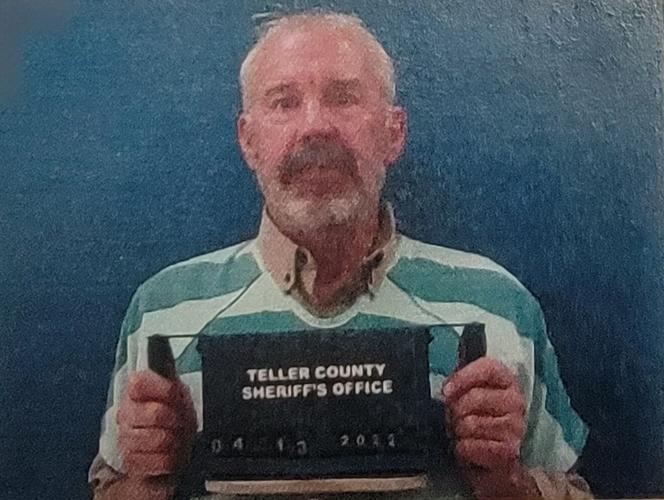 Don Angell, Teller County’s former emergency management director, who also received the Teller leadership award during the post-pandemic era, was arrested and booked into Teller County Jail on a rash of charges.

On the jail website, his charges were listed as “Harassment- strikes, shoves, kicks.” Angell was let go from his position about a month ago for a “personnel issue” and a lack of job performance, according to officials and preliminary media reports.

According to several local reports the incident occurred due to the drama that has recently faced the Florissant Volunteer Fire Department where Angell’s wife Patti Angell works as the department’s administrator. The altercation that Angell was arrested for allegedly occurred with the Florissant Fire Chief Mike Bailey who is currently on suspension.

According to an article in The Flume (a Fairplay-based newspaper), the situation started at a board meeting in February when Bailey had a problem with a board member’s comments on social media posts comparing how much money was spent on payroll for the Florissant and Four Mile Fire Departments. Bailey asked the board member Erik Holt to apologize or resign from the board.

Holt then decided to resign and his resignation was followed by three other board members leaving only one member left on the board. After the board members’ resignations, Bailey was sent a letter saying that he would be put on suspension for two weeks.

On April 1, Bailey was sent a suspension letter that stated that he was not allowed to drive the fire department’s vehicle while he was suspended. Bailey then asked that someone come to his house to pick up the vehicle so that he did not have to drive it at all.

On April 2, Patti and Don Angell arrived to Bailey’s house to pick up the vehicle when the altercation ensued. When the Angells arrived at Bailey’s home, Bailey said that his wife told them he would be out in a minute.

Before he came out, Don Angell started reportedly pounding on Bailey’s doors and windows. When Bailey came out of the door he tried to hand Patti a note saying that the vehicle was in good condition when they got it.

Don Angell then alleged grabbed Bailey’s wrist and reached towards him again when Bailey broke away. Bailey told The Flume that Angell used racial slurs during the altercation.

Angell was arrested last week after Bailey contacted the sheriff’s office to file a restraining order against Angell. Angell met bond and will now be going through the court system for his charges.

As for the Florissant fire department, the chief is still suspended. The firefighters have all promised to still respond to calls even though their requests to have a meeting to find out more of what is going on has not been answered.

This situation has jolted many in the community.  Don Angell was often the main face behind the county’s post-pandemic response efforts, especially during the initial crisis days, and was previously awarded the government’s annual leadership award.