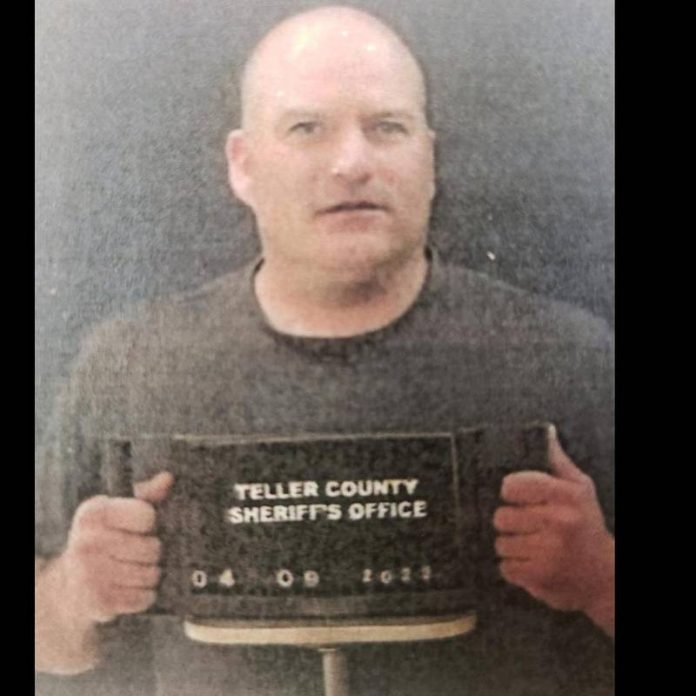 The Teller County Sheriff’s Office reported a rather unusual crime, but this time the suspect was one of their own deputies.

At the end of the investigation, the deputy at the time Mark Bisset (who was off-duty) was arrested on charges including burglary and felony menacing. According to the sheriff’s office, Bisset was also immediately terminated from his position as a deputy as a result of his arrest.

According to his arrest affidavit, the incident started on April 9 when a Florissant resident in the Indian Creek subdivision called 911. During the call, the victim said that Bisset came to his property on an ATV with two beers in his shirt pockets and a pistol strapped to his hip.

The caller said that Bisset seemed intoxicated and that he had been drinking all day. Bisset then threatened to “kick anyone’s ass” and told the victim that he was a “Green Beret” and a sheriff’s deputy several times.

About 40 minutes after the first 911 called, the same resident called the authorities again saying that Bisset had returned to his property. But this time, the deputy was on foot and carrying an “assault style rifle” in the “low ready” position.

The victim reported to authorities that the off duty deputy told him “open the door or I will kill you.” When the victim opened his door, Bisset forced his way into the residence.

According to Teller County Sheriff’s Commander Lad Sullivan, the case is still under investigation and more information will be released as the case comes to a close. “He (Bisset) was arrested and went to jail,” Sullivan said. “He was booked here in Teller County and he was transferred to Park County where he bonded out.”