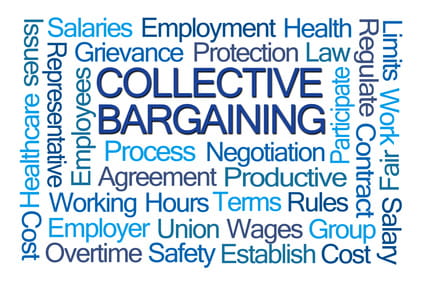 Board:  Residents and Taxpayers Will Lose Big; Road Maintenance May Screech to a Halt

With the state’s legislative season winding to a conclusion, the Teller County commissioners aren’t holding back any punches in their bout against a possible law  aimed at mandating collective bargaining for local/county government employees.

At last week’s regular meeting, the commissioners issued  a stern warning to the Democratic-controlled state legislature and governor’s office: If collective bargaining is forced onto Teller County, then local residents will emerge as the real losers with a reduction in services and a diminished workforce.

Their comments coincided with those made about a month ago, when the board approved a strongly-worded  letter to Governor Jared Polis, warning of the impacts of mandated collective bargaining.  Only then, the prospects of this legislation appeared remote, with Polis remaining on the fence. Now, according to Teller County Commission Vice-Chairman, a pro-collective bargaining bill “could happen any day now.”  As a result, their  anti-collective bargaining-mandate comments took on an extra punch last week.

“This is a very bad bill,” blasted Stone, at  last week’s regular meeting. “this is ridiculous.”

According to Stone, the pending legislation would dictate that the Teller County government “must enter into collective bargaining with employees. This makes this (relations between county management and their employees) an adversarial relationship.  Any (county) department can form their own union.”

Stone estimated this type of mandate would add 35 percent to the county’s labor costs. “It is very problematic,” added the commission vice-chairman, who stressed the stern opposition from the Colorado Counties, Inc. group and leaders of small rural counties. “We are going to fight it. We need to keep the heat turned up high.”

Moreover, Stone and his fellow peers believe a collective bargaining mandate could lead to a reduction in services, such as for road maintenance. “We lose services that aren’t statutory. You won’t have as many employees.”

The volley of anti-collective bargaining verbal gunfire  was further fueled by Commission Chairman Dan Williams “This sets up a bad relationship between us and the residents. To me, it is offensive,” added Williams.

He and the other commissioners cited the family-like environment that currently exists between Teller leaders/department heads and their employees. They see this arrangement getting terminated under the possible legislation.

They believe this will also take away any incentives for the county leadership to negotiate with their employees for a better fiscal arrangement.

Williams noted that the county commissioners in their 2022 budget okayed a hefty amount of salary increases for many Teller workers.

The one benefit the county may have on their side is the time clock.

If a collective bargaining bill is passed, requiring local and county governments to initiate these agreements with their employees, lawmakers must act fast. There are only several weeks remaining during the 2022 session.

On the upside, Stone described a few positive bills in the current session, such as efforts aimed at opening the door more for affordable housing projects, and loosening the post-pandemic rules for health care facilities. Previously, Stone said families had to decide what person of the family could formerly say good-bye  to a loved one.  He described the architects of these restrictions as having  good intentions from a safety perspective, but creating much hardship for families.

And locally, the commissioners indicated much satisfaction with the outcome of the Woodland Park  election. “We wanted a functional city council,” said Williams. During the heated election, the current incumbents won big.

Unlike past boards, the current cadre of commissioners have taken a stronger role in dealing with local and state issues.  During the Woodland Park election, the commissioners endorsed certain candidates, such as Mayor Hilary LaBarre and Mayor Pro Tem Kellie Case. And at virtually every meeting, they openly comment on state legislation.

They are not the only current body, though, that has a lot at stake with the current state legislation.

In the final legislation  period, the city of Cripple Creek is also entering the 11th hour fight.

In a previous presentation in Cripple Creek, Solomon Malick of the Peak Government Affairs group, described a mixed bag of legislation. While Teller County is trying to halt more onerous regulations, Cripple Creek officials are seeking more money from the  pie doled out for sports betting.

Although sports betting is only permitted in apps and outlets provided in the three gaming communities, the gaming communities are receiving none of the money generated from this mega several billon dollar a year industry, governed by the Colorado Division of Gaming.

This has enraged local business operators and the elected leaders.

As a result, they have taken their case before several key lawmakers. It’s not sure if they will have much success in this session, but they hope to plant the seeds for future changes in how this money is allocated.