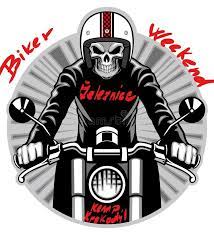 Farmers Market Gets the Boot

Memorial Park in Woodland Park will bustle with biker and veteran rallies every weekend this summer, in a coordinated move between ProPromotions and the Historic Ute Inn, as part of a three-month long Salute to American Veterans Rally and Motorcycle Frenzy.

“Times do change and you can’t argue with success,” said Elijaa Murph, who announced the move as part of the reopening of the Ute this summer.  “We hope to break the all-time record of hamburgers sold on the weekend.”

As a result, the  Famers Market Friday events will be relocated temporarily outside of town to the Meadow Wood Sports Complex this summer.  Board members from the Farmers Market organization have started a petition drive to protest the council’s decision. Officials, though, say they face an uphill battle in convincing the current council, which has heavily endorsed the Salute Rally.

“There is only room of one of our groups, and this would tie in well with our planned improvements at Memorial Park,” said Jim Ware, president of  ProPromotions, who announced earlier plans and veteran-oriented enhancements at a city council meeting.

“The change (involving Farmers Market getting the boot this summer) is only temporary,” said City Manager Michael Lewson.

With the burgeoning success of the Salute Event, rated as the area’s best event, according to the latest Best Of 2022 contest, conducted by TMC, the city has decided to allocate $100,0000 to the new bid.  Virtually every weekend will be accompanied by the sound of roaring motorcycles, and some occasional veteran tributes.

“What we have planned at Memorial Park this summer is ground-breaking. It will be like a veterans rally every weekend,” said Ware. “We will put Woodland Park on the map.”

“Best of luck,” said a relieved Cripple Creek Councilman and Mayor Pro Tem Tom Litharland, in discussion the forthcoming decision with members of the WP council. “This event just didn’t work for Cripple Creek anymore. We no longer have the resources for special event funding.”

“Maybe, that is why the city of Cripple Creek is going broke,” retorted John Freman, of The Creek restaurant. “This is another blow to our tourism efforts.”

Litharland declined to comment on the park’s addition of a political dunking area for southern Teller politicians, with a dungeon spot, equipped with jail cells, reserved especially for certain Cripple Creek council members.

In the last year, a serious war of words ensued between supporters and opponents of the Salute Rally. Even a peace-gesturing posture by the city of Cripple Creek, in an official letter of support for the Rally, couldn’t stop the political carnage. A verbal state of war has persisted between southern Teller leaders and officials from the Salute to American Veterans Rally.

With tensions escalating, the  annual event featured a new venue last summer in Woodland Park.  Still, the city refrained from offering any funding resources, unlike the path Cripple Creek took.

But with guarantees of constant biker and veteran appreciation activity at the park every weekend, that scenario has now changed. Plus, the city received a deluge of pone calls from Murph and a former Special Forces unit that offered grave consequences if their request was not granted.

“This will be great for business,” said Murph, who reminded the council of the impacts of probable Special Forces’ explosions if no action occurred.

“I am sure we can work something out,” said Teller County Sheriff Jason Makesale, who has been a big supporter of the Rally.