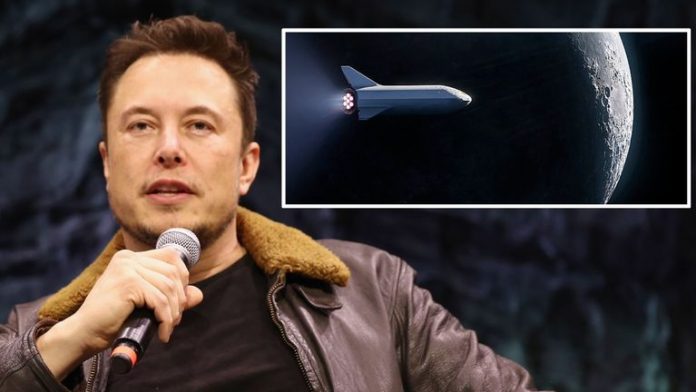 In the last several months, it has been a race for private companies to make it to space. To date, billionaire’s Jeff Bezos and Elon Musk have both successfully launched private citizens past the Earth’s atmosphere into outer space.

The list of people who can take the trip has mainly been left to an elite few that can dish out the hefty price tag for tickets. However, Musk and Bezos both have left a few open seats on each trip to celebrities and public figures to ride free of charge.

The flight is schedule for next Friday and the plan is that the SpaceX shuttle will launch Rozelli, Alfier, and ten other people into outer space to first take an orbit around the moon. After the scenic lunar trip, the spaceship will land on the moon and stop for an hour so that the group can have champagne and participate in an anti-gravity yoga session.

According to Musk, the move to invite the two former female politicians came as a result of March being Women’s History month. “I wanted to give a special gift to two female leaders to honor Women’s History Month,” Musk said. “Since Megan and Stephanie made several headlines while they were on city council, I picked them as an example of strong women. Since they both are no longer serving on city council, I figured they would be great candidates.”

The two future moon travelers told The Crackpot that they are absolutely ecstatic about their once in a lifetime opportunity. “I can’t wait for the anti-gravity yoga session,” Rozelli said. “It is something I have wanted to do since I was a little girl. I am very happy that someone has appreciated all of my hard work I have done for my hometown.”

Alfier said that the invite came at a perfect time because she could use a break. “I have honestly been getting very sick of all the craziness going on in Woodland Park and the world in general,” Alfier said. “I absolutely cannot wait until I am sipping champagne on the moon and looking over our insane planet.”

After the news broke, the Teller County community went crazy on social media. Some thought that other politicians deserved it more, but then others were glad to see Alfier and Rozelli get shipped off the Earth.

“I am so glad they are sending Megan to the moon!” Cripple Creek Mayor Milton Afton said. “She definitely made an impression while she was on the council here in Cripple Creek. I think she would be a good asset to the moon if Musk decides he wants to keep them there and start a colony.”

Woodland Park Mayor Hillary LaBatte said she was happy to hear the news because it has been obvious that Alfier needs some time off. “She has been really stressed out lately, and to be honest, acting kind of weird,” the mayor said. “I think yoga and champagne on the moon would be great for her. I cannot explain how happy I am that they chose her to leave our planet for a while.”

When the two former politicians return from space, there will be a welcome home party held for them at a secret location underground.