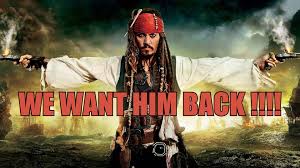 The Seattle Seahawks is suing the Denver Broncos to get Russell Wilson back.

According to the suit, the Seahawks feel the Broncos ripped them off when they made the deal to trade Wilson. The Broncos gave up Tight End, Noah Fant, Defensive Lineman, Shelby Harris, Quarterback, Drew Lock, 2022 first, second, and fifth round picks and 2023 first and second round picks. The Seahawks gave up Wilson and a 2022 fourth-round pick in the exchange.

Now it seems, the Seahawks want Wilson back. They claim, two of the players, Lock, and Harris aren’t a fair enough exchange for Wilson. They are happy with Fant, but feel the other two lack the talent needed for their team.

As far as the draft picks given up by the Broncos, the Seahawks claim their draft history is such a disaster that they couldn’t possibly make good decisions when it comes to the draft so the picks don’t mean much to them. In fact, except for D. K. Metcalf, who was taken in the second round of the 2019 draft, the Hawks have had little success drafting good players.

Wilson was an aberration in Seahawk’s draft history. He was taken in round three of the 2012 draft at overall number 75. Even after a record-breaking season at Wisconsin, one in which Wilson set the single season record for passing efficiency, concerns about his 5-foot-11 frame dropped him to the third round of the NFL Draft. Even Bronco’s own disaster Brock Osweiler was taken before Wilson. Wilson was the sixth quarterback taken.

The lawsuit states the Seahawks want a do over, or Wilson returned. The Seahawks say if the Broncos keep Wilson, they want three of the Bronco’s receivers, Tim Patrick, Jerry Jeudy and Courtland Sutton, plus Offensive Tackle, Garret Bowles, Running Back, Javontae Williams, and Defensive End, Bradley Chubb.

This of course made Bronco’s General Manager, George Paton laugh histericly. He said, “Hell, why don’t they just swap entire rosters?” Paton feels the suit is frivolous and the deal has already been done.

He said, “Tough beans! They should have done more research on the picks and players we sent to them.”

Seahawk’s Head Coach, Pete Carroll said he fought against trading Wilson for as long as he could, and he had no intention of trading him coming into the offseason. After Wilson requested a trade, the two had “a lot of conversations” regarding the quarterback’s future, per ESPN’s Brady Henderson, and ultimately arrived at the point that the team decided dealing Wilson was the best strategy, though Carroll insisted that he didn’t want to trade Wilson and didn’t think a trade would happen. With the trade now done, Carroll says it does present the team with an “opportunity in many directions,” citing Seattle’s draft capital as a result.

Many talking heads and NFL soothsayers have given the Broncos high marks for the trade. The Mile High Report, online Bronco forum said of the trade, “The Denver Broncos made a blockbuster trade for Russell Wilson.” CBS Sports said, “Broncos’ land high marks in blockbuster deal, Seahawks gain lots but lose overall.” CBS Anylist Patrik Walker put it this way, “Kudos to the Broncos for having a contingency plan in place to land their next franchise quarterback, and executing it with military precision.” He gives the Bronco’s and A grade for the trade.

Of course, almost everyone in Denver expected the Broncos to go to great lengths to acquire Green Bay Packers’ Quarterback, Aaron Rodgers. Just hours after Rodgers announced he was staying in Green Bay; the Broncos broke the story they landed Wilson.

The lawsuit will be heard by Judge Ima Fan, of Seattle’s King County District Court. Fan was asked about the case as she was leaving the courthouse and said, “While I am obligated to maintain silence in the matter, I will say, GO Hawks.”