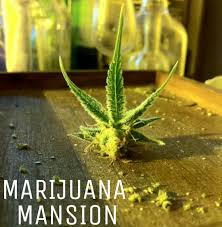 In the first signs of the greening of Cripple Creek, the Chicago-based Greene Thumbb Industries, one of the nation’s largest cannabis companies, has purchased Ralf’s Breakroom and six other undisclosed sites in the gaming community downtown.

No prices have been disclosed, but they are estimated at well above the seven figure range.

There are also current negotiations between the marijuana giant and the CC/V Gold Mine, owned by Newmont, for leasing part of their holdings for a grow center.

The acquisition is part of the apparent growing interest in the legalization of retail marijuana.

Their pending application will be discussed at a city workshop, scheduled for April 6.  For some time, representatives of the local gaming industry have suggested that the city expand its current tax base, so  the town doesn’t have to rely solely on gambling revenues to function.

“There is just too much money to avoid this opportunity,” said Eric Rosie, manager of Century Casino, a proponent of having the city explore the prospects of recreational marijuana.

These types of  shops are currently available in Black Hawk and  Central City. In addition, Manitou Springs has recreational marijuana businesses on a limited scale.

While the idea of retail pot has been mulled for years, no concrete business sites have been announced.

Ralf’s owner Chris Hazett, welcomed the development, after some skepticism. “Maybe the sixth time is the charm,” quipped Hazett, in discussing previous sales bids for Ralf’s.  A previous bid was made by a California company, following a jubilant party, once featured in the pages of TMC.

“This seems pretty real,” said Hazett.  It is still not certain if the marijuana giant will house betting devices at their proposed site.

“There is nothing like jumping into the fire when you take over as the city’s boss,” said new administrator Frank Salveto, who hails from Texas. “We will review all facets of this issue.”

The big lingering question hinges over the legality of retail marijuana.  The council could take action to grant the green light for the licensing of these establishments. But ultimately, a vote would have to occur this November, dealing with approving the projected tax revenue.

Representatives of the Cripple Creek Gaming Association plan to heavily lobby for the legalization of retail cannabis.  Recently, the industry got hit with a 10 percent hike on device fees, action that didn’t surprise gaming operators. Still, some were disappointed with the city’s action due to limited input from the industry on the city’s long-term financial situation.

“Either way, we are going to have a party at Ralf’s,” said an elated Hazett. “I may even invite former councilwoman Meghan Roseili to this occasion,” said Hazett, in an interview from his office in Vietnam as he tends to his role as international diplomat. “I am glad I am in Vietnam so the Crackpot doesn’t mess anything up for me.”

Salveto advises all local residents to come early to the 4 p.m. workshop.  “For once, we may have more people here then at a Woodland Park council or school board meeting.”