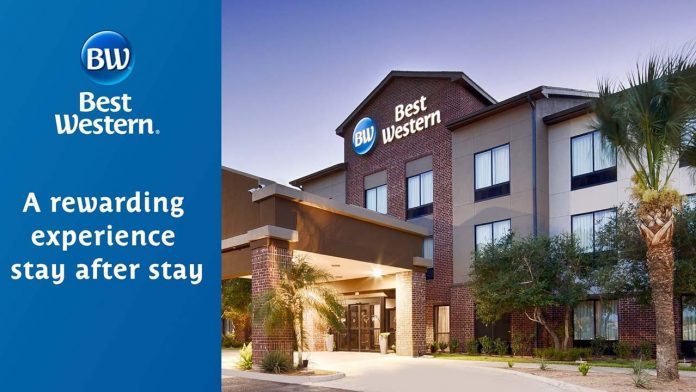 Still, the elected leaders met for three hours and dealt with an issue that has triggered much debate in the past:  plans for a Best Western Hotel development in the downtown.

The proposed Best Western project in the Gold Hill South shopping center returned for discussion. After a plethora of questions and comments, the council voted to give the property owner Bill Pag, another two year extension for the development.

The project first came to city council in 2016 when Page had a study conducted on what to do with a building that sat empty for several years. The study showed that a hotel could be a feasible idea for the property and that there was a substantial need for lodging in the city.

In 2016, the city council approved a Planned Urban Development (PUD) plan for Page to build a Best Western Hotel on the property where a hardware store and thrift store used to sit. The city charter states that once a PUD plan approval goes through city council the applicant has two years to begin construction on the project.

But due to Page having tenants on the property with long leases, the project has had to be extended multiple times. Page came before council and got extensions in 2018 and 2020.

One of the tenants Page leases a section of the building is the Sherwin Williams paint store. The paint store’s lease is slated to go until the summer of 2025.

In July 2021, the new Merit Academy signed a lease with Page to rent the lower part of the building. Merit Academy’s lease is scheduled to run through June 2023, but they have the ability to get two additional one-year extensions that could last until June 2025.

According to Page, he has been in front of the city council numerous times since 1964. He came in front of council again to get another two year extension due to the tenants having leases on parts of the property in question.

“I was talking to the people with Best Western in Phoenix, they are a major branch that has hotels all over the world,” Page said. “They provide a level of service to their customers that is a little bit above what the two hotels in town now provide. They are looking at a different market when they come here.”

He said at one point Sherwin Williams was looking at relocating to another piece of property owned by Page but, the project never went through. The corporation, which has 4,000 stores, decided  not to relocate any of their stores because they were working toward putting their resources into opening new locations.

Page explained that the setback with the Sherwin Williams relocation was one of the primary reasons he had been back to council so many times to ask for extensions. So far, Page said he has invested around $50,000 on the project, so he feels it is worth the city’s effort to keep extending it.

Councilmember Robert Zuluaga asked Page a few questions, but then told him that he supported giving him another extension. “From my perspective, I don’t see any reason for council to hinder the extension process,” the councilman  said. “It sounds like you have a lot of the pieces lined up. And I understand how long term leases are a part of the deal in commercial contracts. You have clearly shown me substantial need.”

Council member Rusty Neal said that he didn’t like the action of the planning commission by allowing so many extensions. He said that the need for a hotel did not constitute a substantial need to continue to grant extensions.

Page responded by saying that it took him two years to get the project approved by the planning commission the first time, and he had several hoops he had to jump through. The extensions will keep Page from having to go through the entire process again when the project is ready to commence.

In the end, the city council voted unanimously to approve Page’s two-year extension. However, since the building in question now has two leases that last until 2025, there is a good chance that Page will have to ask for another extension in 2024.