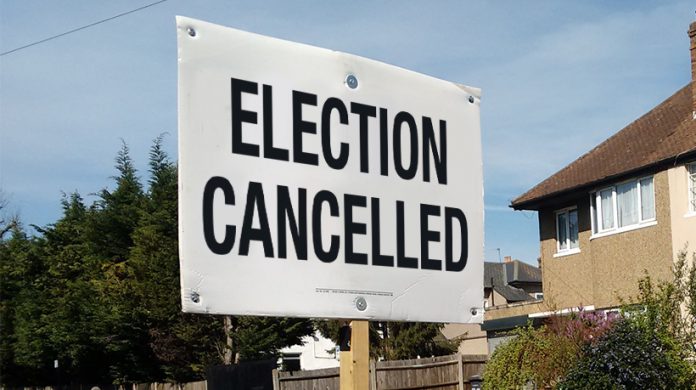 When it comes to igniting election sparks this spring, the town of Green Mountain Falls is being spared all the local drama.

That elusive prize will go to Woodland Park, where seven hour meetings are commonplace and nine candidates are running for various seats.

That’s not the case for GMF, even though the town has endured some controversial issues, such as paid-parking and trail closures.

Last week, the board of trustees officially canceled the April election in GMF.  The main reason:  no contested seats.

As a result, the town will have a new mayor and several trustees.  The new board won’t include two well-known community members, Jane Newberry, the current mayor, and Margaret Peterson.  They could have run for vacant trustee slots, but opted not to.

Newberry was term-limited for the mayoral  seat, but was eligible to run for a trustee position. Peterson has served as a trustee, and is involved in a slew of local committees.

Chris Quinn, who served two terms with the board, is term-limited, and couldn’t run again.

With last week’s action, Todd Dixon, the chairman of the planning commission, will get sworn in as the new mayor on May 3. Dixon is certainly a familiar face, playing a major role in updating the town’s land use code and more recently, in helping to orchestrate their live streaming and online capabilities for local meetings.

He hails from a community Kansas and has taken a hands-on approach to many of the issues facing the town, and has proposed some innovative ways to generate more revenue.

Dixon regularly attends all local meetings and frequently speaks on key subjects of concern. He actually  made a previous bid to fill a vacant trustee seat, following the resignation of former Trustee  Dyani Loo.

The other new trustees include Sean Ives and Nick Donzello.

They will join Sunde King, who was appointed to a position formerly held by Loo, and Katharine Guthrie, who has two years left in her term.

The current board passed a resolution formerly canceling the election, which saves the town a considerable amount of money.  It did make slight changes in the length of term for several of these seats, based on an agreement by the new board members.

With this lineup, Green Mountain Falls will have mostly a new board of trustees and slate of administrators. The town manager slot is being held by Becky Frank, while Nathan Scott serves as the new clerk/treasurer.

In a fairly short meeting last week,  the board heard that the town is ready to move forward with a significant $150,000 block grant for enhancements at the lake park.  This would set the stage for a fully-handicap ADA ((American Disability Act) accessible fishing pier and a new pathway, Gazebo wall stabilization and much more.

This is part of ambitious improvement plans for the  Gazebo area.

The newest grant  improvements must be completed by mid-November 2022.

Last week, the trustees outlined a request for proposals schedule, with the biding process starting in March.

“It will be a huge win for Green Mountain Falls,” said Frank, in describing the project.

The Gazebo lake park  area is often considered the crown jewel of the community.  The project has been discussed for some time, with renderings displayed at town functions. But to date, no significant improvement work has occurred at the park. That scenario could change with the new grant, and improvements associated with a new Outdoor Fitness Center, located near the swimming pool.

Last week, the trustees also heard about the annual Bronc Day festival, scheduled in late July.  Peterson, who is in charge of Bronc Day, described the 2021 event as very successful. “We want to keep this tradition alive,” said Peterson.

Scott said he also will take a more active role in posting information at the post office regarding town news. While the town has a full slate of board of trustee members, it still needs more volunteer for advisory committees, such as planning commission, explained Scott.

Last week, Mike Frey threw his hat in the ring to serve on the planning commission. Frey is the co-owner of the Painted Bear gift shop, along with his wife Margaret. He has been a familiar figure at many trustee meetings.