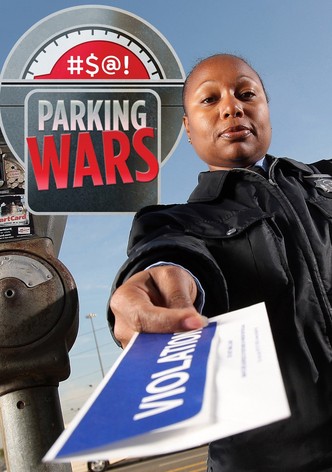 It’s round 25 or 30, or definitely overtime, in the heated bout over a new paid-parking pilot program in Green Mountain Falls

n the latest exchange, the elected trustees delivered a few knock-out punches, with several board  members and the marshal coming out swinging.   The losers are the huge Interstate Parking Company signs that dotted the downtown landscape for several weeks, telling visitors about the new changes and the rules for the paid-parking system on the weekends.  Also entering the fray are throngs of verbal critics, including local business, shop and restaurant/bar operators, who say town leaders aren’t listening their concerns and are pursuing an anti-business direction.

On the upside, local residents should not be impacted by the growing showdown.

During last week’s meeting, Trustee Margaret Peterson suggested that possibly residents may have to sign up at the local parking kiosks, even if they are registered on the Interstate Parking system. But her fellow trustees didn’t think that was necessary, and follow-up inquiries with Interstate Parking supported their position.

It’s official: Residents who have submitted their registration information don’t have to mess with the parking kiosk devices, and are set to park for free at any time.

But the parking kiosk signs have become the target of both foes and supporters of the new system. “I am disappointed with the (Interstate Parking Company of Colorado) signs,” admitted Peterson, at last week’s regular meeting.  She and others believe they clashed with the character of GMF. “They will be remaking those signs.”

At the request of the trustees, the company last week removed all fairly large signage that commanded center stage and became the talk of residents and business operators alike. Now, only a handful of very small signs remain.

But as far as community disappointments, Peterson and her fellow trustees and Marshal Virgil Hodges expressed major dismay at the attitude of critics of the new parking management plan.  “People were stealing these other signs,” said the Peterson, in noting the major reason that Interstate placed fairly bold, visible signs in the main roadway and at the post office. “It crossed the line. It’s embarrassing. It’s shameful,” added the trustee.

These comments were echoed by both Mayor Jane Newberry and Trustee Katharine Guthrie, who maintained their position that the vast majority of residents support the idea of having a more managed parking system.

They urged patience, and giving the new system a chance.

Don’t Become a Town of Complainers

“It looks like we are a town of complainers,” blasted Hodges at the close of last week’s meeting, in taking a big swipe at social media comments and the local media, in discussing the feud over paid parking.  “It doesn’t  make sense people. It is pretty ridiculous. We need to grow up.  I don’t know why we are sniping at each other so bad.”

The marshal even noted that one caller even labeled him a “Nazi,” comments he contended were outright offensive.

Hodges put most of the blame on several social media outlets, which have become a forum for locals opposed to the paid-parking system that just got underway. He also accused the local media of trying to turn his comments into partisan remarks. “I will always be a country boy,” said Hodges, who maintained that he has taken a “tell it like it is” attitude regarding the parking and traffic problems facing Green Mountain Falls. He insisted he has not lobbied for the new system, implemented by the Interstate Parking Company of Colorado, which handles parking programs for many communities throughout the state.

Hodges, who made his comments, via Zoom, as he was visiting family members in southern New Mexico, received much support from the trustees. “Think about what you are saying,” said Newberry.  “We are better than that.”

The mayor was referring to comments made against the plan on social media that attacked GMF staff members.

The trustees and the marshal have expressed outrage over the theft of a major parking kiosk station, near the lake.  Moreover, they are equally upset about what they contend is an accepting attitude by some toward that theft, an act that represents a $16,000-plus loss, due to apparent anger over the new paid-parking system.

“That is terrible. It’s time we appreciate our employees,” said the mayor.

The mayor contends that the new system is supported by a silent majority, who don’t necessarily comment at public meetings.

The commentary at public meetings and at local business hangouts, though, has been 100 percent against the new paid-parking experiment. Critics contend that this program will lead to a loss of commerce and visitors/hikers not returning to the community.

But the trustees say they and Interstate representatives have strived to work with local business operators to make the program work, and have held designated meetings.