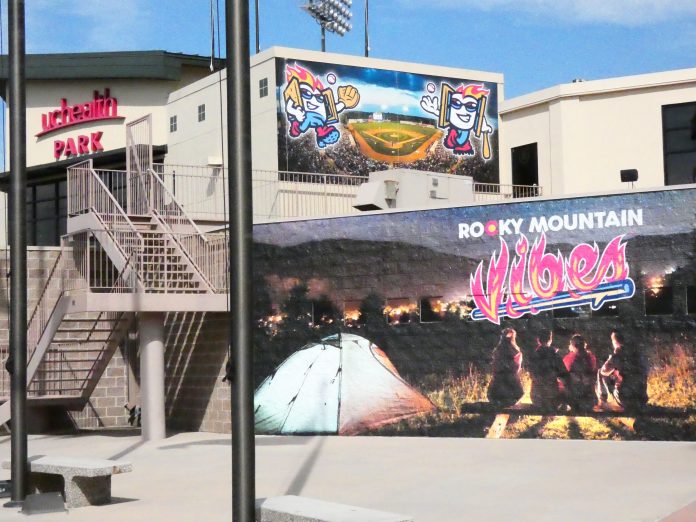 The Rocky Mountain Vibes will be unveiling their alternate identity (Las Lloronas de Montana Rocosa) on Wednesday during their upcoming series against the Idaho Falls Chukars. Idaho Falls has agreed to also take on their alternate identity (Idaho Falls Madres), marking a historic game in sports history. For the first time in Minor League Baseball history, two teams will play as female brands in a series. During the series, fans can expect to see changes in the ballpark that further develop the Lloronas brand like Latin heritage entertainment, Hispanic-themed décor, and special food and beverage options like tacos, margaritas, and horchata in concession stands. Regularly scheduled promotions like $2 Wednesdays, Thank You Thursdays, and Friday Night Fireworks will remain intact during the series. Fireworks have also been added to the Saturday, July 10th game.

The alternate identities are part of an initiative set forth by Minor League Baseball that was “specifically designed to embrace the culture and values that resonate most with participating teams’ local US Hispanic and Latino communities”. The Vibes were scheduled to participate in the “Copa de la Diversion” or “Fun Cup” initiative in 2020, but the team was not able to fully participate due to the COVID-19 pandemic. The team has instead scheduled the debut of the Lloronas for this week’s series starting on July 7th and lasting through July 12th. The Chukars weren’t able to participate in the Copa initiative last year either due to the pandemic, but the team has adopted the brand of the Madres this season and have already played three games using the identity. 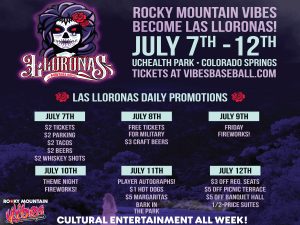 “There is such a strong and prominent Hispanic and LatinX culture here in Colorado Springs, so we are incredibly excited to be able to pay homage to them in our series against Idaho Falls. We’re also very excited that Idaho Falls agreed to become the Madres this week to fully incorporate the Copa program. We hope that this series is the first of many for the Lloronas!” – Kyle Fritzke, Assistant General Manager, Rocky Mountain Vibes

The Rocky Mountain Vibes played their inaugural season in 2019 after spending 30 years as the Colorado Springs Sky Sox. While the 2020 season was halted due to the COVID-19 pandemic, the Vibes were still able to offer fans safe and affordable opportunities to experience the ballpark. Now joining the MLB Partnership Pioneer League, the Vibes will look to the 2021 season as a stepping-stone for continued success for years to come.