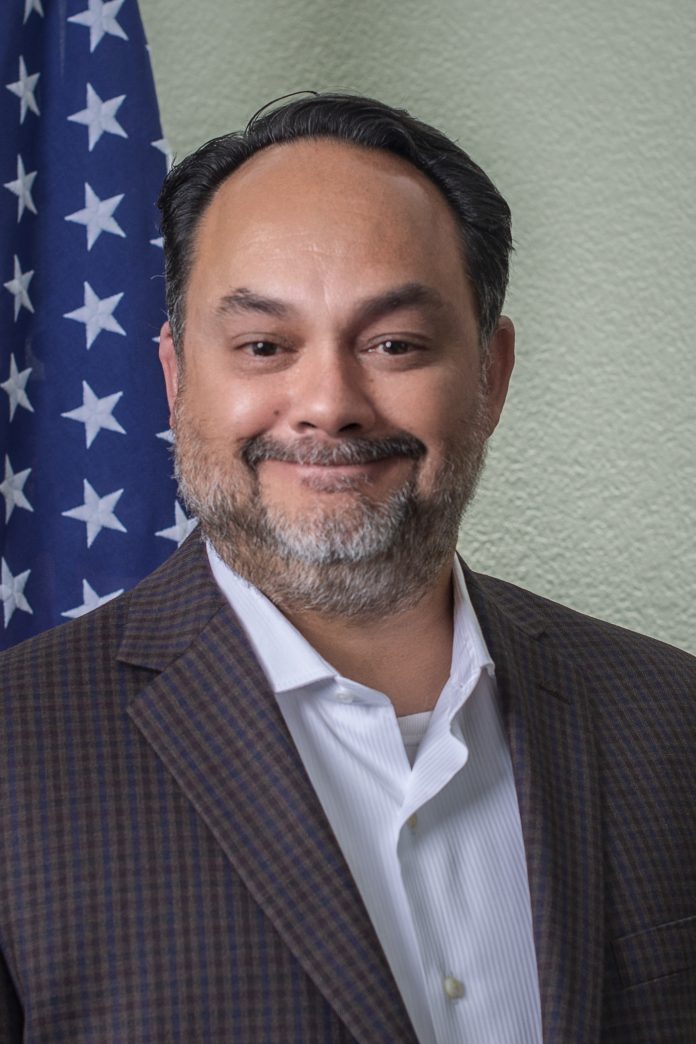 Even though the next big Teller County election isn’t until Nov. 2022, several candidates seeking political office have already bolted from the gates.

During a monthly meeting of the Teller County Republican Party, Divide resident Thomas Allen officially announced that he would be running for the District 2 County Commission seat. The seat is currently held by Board Chairman Bob Campbell, a veteran Teller commissioner and treasurer.

Teller County Sheriff Jason Mikesell also recently announced that he would be running for his second term as sheriff.

The official election isn’t until November 2022, but the county election season swings into full gear during the Republican primaries, which will take place on June 28, 2022.  And prior to that, the slate is sometimes partially determined by the party’s county assembly next spring.

So, in essence, the time clock for election frenzy in Teller County occurs during the spring and summer of next year.

Allen announced his candidacy during public comment time of the Teller Republican forum. “I have lived here for about 15 years and I love Teller County,” Allen said. “So, I want to do my part and stand up and be a buffer between Teller County and all those people that want to take away all of our God-given freedoms.”

Allen spent most of his life in the U.S. Army in information operations. After living in Divide during his last three deployments to the Middle East, Allen retired after more than 22 years of service, and decided to stay in the area.

The retired Army sergeant now spends much of his time volunteering with the sheriff’s office and the Honorary Sheriff’s Deputy Association (HDSA). He said that he decided to run for office due to the recent political climate across the country.

“There were several things that all seemed to happen at the same time,” Allen said. “First, (Joe) Biden got into office and I started to fear for government at every level. The other thing is that things got so anti-cop. The police were just the ‘kicked dog’ of the country and it was terrible to watch.”

Allen was also motivated to run for county commissioner due to the recent growth the region has seen. “There is a lot of growth happening everywhere, and Teller County is no stranger to that,” Allen explained. “I’m not against growth because in the end it really expands our tax base. But I want to make sure that the growth is done in such a way that we can maintain our peace here.”

Allen has already started preparing for his campaign by reaching out to community leaders and local residents for input. He said that he wants to get a good idea of the citizens’ visions for the future,  so he can devise the best plans to move forward.

Allen plans to highlight his experience as a leader in the military, and his time working with other governments, if  elected as commissioner. “Because of my job in the military, I am extremely good at reaching out to communities to gather information and also to notify them,” the commissioner candidate said. “I will be good at not only hearing what people have to say, but also letting people know about what I am doing.”

Also, in other major political announcements, Incumbent Sheriff Jason Mikesell made it official, declaring his intention to seek another term as the county’s head lawman.  This announcement wasn’t too surprising, as Mikesell has commanded quite a high profile during his initial term as sheriff.  He is probably most well known for leading a staunch no-nonsense campaign against illegal marijuana grow operations throughout the county, and in supporting the  efforts of ICE (U.S. Immigration and Customs Enforcement) in dealing with jail inmates.

Mikesell grew up in Teller County and started working for the sheriff’s office as a patrol officer when he was a young man. He then stayed with the sheriff’s office for more than 20 years before resigning after making the lieutenant rank, under the former reign of Mike Ensminger.

Ensminger then stepped away from the office’s top spot 18 months before his second term was completed to take another job. After hearing that the position was open, Mikesell, who had left the area,  returned to Teller County and applied for the vacant position.

He got the nod for the job, emerging as the top candidate among a fairly competitive field.

As his main campaign highlight, the sheriff is citing his track record to win the bid for re-election. According to the sheriff, since he took over the office the morale within the department has improved and the turnover rate has drastically decreased.

Since it is still early in the 2022 campaign season,  it is not known who will challenge these candidates.