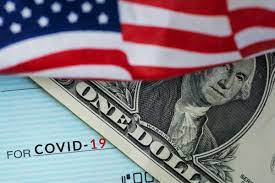 The search for a permanent, full-time city boss in Cripple Creek may be reaching a conclusion shortly.

Either that, or the council may be forced to start from scratch again, and continue with an interim part-time administrator indefinitely.  But as far as picking a new fire chief, that process has been put on hold to obtain more applicants.

The hiring updates for these key positions highlighted discussion at last week’s regular Cripple Creek City Council meeting.  A verdict on the city administrator slot could occur as early as July 7 during a series of closed-door and open meetings.

The actual finalists for the job will be announced shortly. As part of a new state law, the city must provide the  names and brief background information for the final contenders, even prior to making any types of offers.

The city’s administrative ropes have been held by Ray White, who has served this position, and even as the city’s top permanent manager, on several occasions.

The city has not had a permanent head manager since early 2020, when it parted ways with Mark Campbell. The city then mulled picking a successor within a fairly short time period, but the pandemic halted this pursuit.

At last week’s council meeting, White stated that strong interest has been  expressed in the position, and the city has sported some good applicants.  He said initially that 17 contenders had sought the job.

He stated that the initial candidate reviews have already occurred to slim the field somewhat.

The council supported the idea  of reducing the field down to four and then conducting interviews.  No date has been selected for a time when a permanent boss would take charge.  Under one scenario, an administrative pick could occur on the evening of July 7.

White’s contract with the city extends through September.

Whoever takes the position will have to grapple with a tough financial slate.

The city lost $2.3 million in revenue, as a result of the coronavirus epidemic, as it couldn’t collect any gaming device fees (the main financial source for government operations) for three months. Plus, the city lost other associated tax revenue, resulting from the shutdown of the gaming industry.

White told TMJ the city has been informed  it will  receive several hundred thousand dollars, via the American  Recovery Act. Unlike past funding COVID-related funding methods, these monies will come directly to the impacted communities. During 2020, the city obtained funds, via a joint arrangement with Teller County.

But unfortunately, the new funding process is  population- based, which puts Cripple Creek at a disadvantage. “Other communities in the area got hit bad, but we were devastated,” said White.

He and other officials are questioning this population- based formula.

Cripple Creek has been lobbying with Teller County to see if it can obtain more COVID relief assistance. With a new federal administration, the funding allocation process has changed.  However, an infusion more COVID relief money may be on the table, once legislation is finalized.

At last week’s county commissioners meeting, Cripple Creek Mayor Milford Ashworth addressed the  board about the city’s fiscal plight, following the COVID epidemic.  “COVID practically shut us down revenue-wise,” said Ashworth, in an interview last week.  “What we will receive is small fraction of what we really need.”

He said the city wants to work with the county in exploring all avenues for funding support to make up for its lost revenue.  According to Ashworth, the city wants to be kept abreast of what funds could  be available.

The loss of the city’s gaming-related revenue strained city services and forced the city to take a very unpopular action in not sponsoring any special events for 2021, except for their July 4th celebration.  A variety of amenities, such as park and rec programs, marketing and theater operations, were suspended, and the region turned into a virtual ghost town for several months.

On an upside, White reported that the Butte Theater is back in full swing with the opening of its summer schedule, which kicks off this weekend with the  melodrama, Under the Colorado Moon, followed by the Gentlemen Prefer Blondes musical in early July.

He said semi-normal operations have returned to the Butte, which was sidelined throughout 2020.

Ashworth also reported that the recent city rodeo, held at the county fairgrounds facility, attracted a good crowd, almost rivaling the numbers of 2019. “It was a very popular event,” said Ashworth.

“When we do have events up here, they are pretty popular,” said White. “People want to get out.”