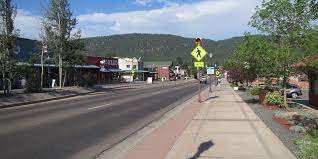 Questions Persist Over $30,000 in Appropriations for Development Pursuit

The gloves have come off again in the ongoing fight between the Woodland Park City Council and the  Downtown Development Authority.

At issue are funds allocated for the Woodland Station project, often considered the anchor of future commercial activity in the downtown, and a development that the DDA has pursued for years.  But this site, which once served as the city’s rodeo hub, has sat mostly vacant for nearly two decades.

The lack of progress with Woodland Station has generated much tension between the two entities, who aren’t exactly best friends these days.

During last week’s Woodland Park City Council meeting, an item  was put on the agenda as a “discussion” about the DDA’s budget  appropriation for 2021. This sparked a huge debate, with several elected leaders seeking to rescind this earlier fiscal approval.

The move came after council members Rusty Neal and Kellie Case put the topic on the agenda to discuss a certain line item on the previously approved 2021 budget.

According to Neal, $30,000  was approved by the city council to help the development of one certain project, dealing with a specific Woodland Station development. Neal claimed that now that the project has stopped moving forward, the DDA is  using the $30,000 in a manner not approved by council.

“My vote for that $30,000 budget item was for that project only and if that is not does not occur, then I am going to make a motion to withdraw the $30,000 from the DDA budget,” Neal said. “Or, put some sort of stipulation to it.”

Councilwoman Kellie Case mentioned that she voted “no” on the item in the first place, and she agreed that the rest of council approved it for a specific project.

“I don’t understand the need for legal services or Woodland Station improvements,” Case said. “Those things can go to the fund balance or into the debt reduction. I would like to see the discretionary funds in that time frozen until such time we do have a viable project moving forward.”

However, Councilmember Stephanie Alfieri disagreed that the budget item was meant specifically for that one project. “That was not the impression that I had,” Alfieri said. “I think that ‘Woodland Station improvements’ is very clear that it should go to the Woodland Station for improvements whatever it is that the DDA board deems necessary. My concern is that if this council tries to take back the reins by controlling every decision that the DDA makes, and not allowing the board to make those decisions themselves, that we are basically turning it into a ghost board. Because, the council will actually be controlling what happens with the DDA, which we are not allowed to do.”

She then expressed caution that there may be legal issues if the council “micromanages” the DDA. “I think it would be extremely prudent for us to ask for more guidance from our city attorney,” she continued. “We need to figure out exactly how far we can go, what our authority is, what it isn’t and what sort of legal jeopardy we are putting ourselves into when we appear to be using the DDA to simply take the actions or restrict the actions of the board to what the council desires.”

Councilmember Robert Zuluaga, who also sits on the DDA board as the council liaison, expressed concern about controlling the DDA’s budget. “I do have some concerns as to the direction we are going towards directing the behavior of the DDA,” he said. “I’m afraid that we are acting outside the scope of what we are allowed to do as a council.”

He also mentioned the goals of the DDA, and said that the two entities should work together to get the property developed. Zuluaga agreed with Alfieri that the city attorney should look into the legality of the council changing the DDA’s budget appropriation.

DDA Treasurer Tanner Coy, who has been a big proponent of improving the Woodland Station site, was present at last week’s meeting.  Neal asked Coy to address the council as to what the $30,000 line item was supposed to be for. Coy agreed that the money was specifically supposed to be for improvements for the one development project.

“But, as Councilmember Alfieri pointed out, ‘things change,’” Coy said. “When proposing that budget we were under a very certain set of circumstances. And those circumstances changed and evolved over time. And what the board has decided is the best course of action to carry out their mission.”

The plan includes planting grass seed and doing things to make the property more usable as an event space until a developer builds on the site. He also mentioned completing other landscaping work to improve the aesthetics of the property.

In the end, it was decided that the council would seek help from the city attorney to see what steps they could legally take to change the DDA’s budget appropriation.

The council could put an item on the agenda that would bring the DDA’s budget appropriation back to the table for discussion.