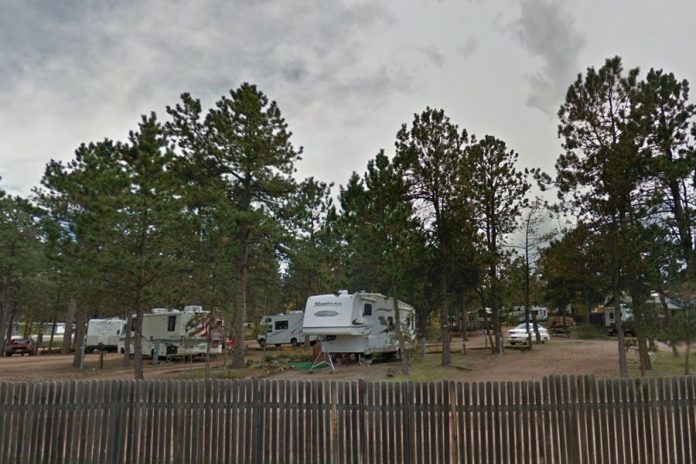 The Woodland Park City Council is debating the future of an ordinance, aimed at limiting camping in RV parks to 180-days.

This plan has stirred much discussion in recent months.  Plus, RV use on a more permanent basis is becoming a growing controversy nationally, stirring a variety of views.

At a recent workshop, the council tried to address this 180-day limit.

The 180-day limit on living in a recreational vehicle was at the heart of emergency ordinance that was passed by council in November of 2020. This ordinance was the result of months of work by the planning commission and council to fill loopholes in the zoning regulations regarding single family dwellings in multi-family zones.

As written, this would require the owners of campgrounds to kick people out who use an RV as their primary or even temporary living quarters after 180-days.

At the workshop, Planning Director Sally Riley provided a little background. Riley spoke of historical data and the problems  involved in identifying such terms as ‘temporary, intermittent, transient, or short temp occupancy.’”

Riley said initially, the use of recreational vehicles  was designed as an “intermittent, short term occupation.”

She explained the definitions of the various types of manufactured homes and tried to clear up the responsibility of staff in enforcing zoning regulations. She stated that when she first took the job in planning one campground operated under the temporary occupancy rule, but several other campground areas  developed more permanent, year-round people living in RVs.

When Riley became the department director in 2007, she spoke with the then city attorney about the ‘conundrum ‘ with the use of recreational vehicles in Woodland Park. She saw an inconsistency in what was written in the code, and what was really happening. The attorney advised that a definitive length of time must be written into the code in order to rectify the inconsistency.

About a year ago, planning took on the task of making those definitions. The planning director at the recent workshop outlined the safety issues. Riley said that long term camping in RV parks is essentially a mobile home park, but that, “They do not meet the standards of a mobile home park that protect those resident’s safety.

Not surprisingly, the council  has mixed views on these issues and the 180-day RV camping limit

Councilman Rusty Neal mentioned his conversation with a national organization that deals with RVs and their livability. He stated that this organization suggests a limit of 108-days living in an RV due to the limited use functionality of the appliances in those units.

But Councilman Robert Zuluaga questioned those who are pushing for these standards. He said, “There are people who live in RVs year-round across the country.” He questioned the role of government to step in and prohibit this style of living.

Zuluaga asked Riley for any data on safety issues at local RV parks. Riley responded, “I haven’t prepared a deep analysis between home standards and a campground standard. In fact, we have no standards for campgrounds.”

Zuluaga pressed Riley on any incidents where serious risks have occurred with RV parks. Riley didn’t mention any specific details, but cited documents that RV owners receive when they buy a unit warning them of potential hazards. She also reiterated  that RVs are not permanent housing.

Neal stressed that RVs are not designed for permanent use.

Marvin McVicker, who is chairman of the WP  Board of  Review, related a story that when he once visited friends in an RV park, he knocked on the door and got a shock. He stated that with the age of these RV parks, their electrical infrastructure is in no way meeting today’s code.

One of the park owners, though, said when an RV is hooked up to their lot, the propane company inspects their hookup. However, there is no inspection when the RV hooks up to their electrical outlet.

Mayor Pro Tem Hilary LaBarre said she believes the owners of the parks do check these facilities regularly. She said, “I’m sure they don’t want anybody burning down either,” said the mayor pro tem.

The RV camping issue may generate considerable discussion in the next few months.