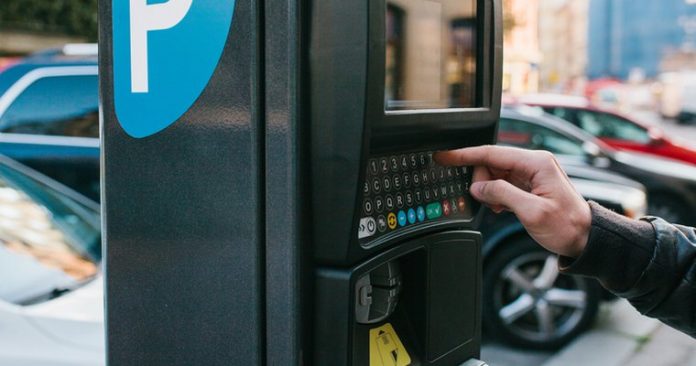 The idea of a future paid-parking system in Green Mountain Falls will face its first major test next Tuesday.

On Feb. 20, the GMF Board of Trustees will unveil proposals from contractors, who plan to foot the bill for the needed parking-related infrastructure and then share the projected revenue with the town. The idea is to collect parking fees from hikers and those who stay for an extended period, and to develop a better way to manage weekend traffic.

In turn, visitors could possibly receive more details about trails, local attractions and get deals at area businesses.  The maximum daily parking fee is estimated at about $34. Projected annual revenue from the proposed system could range from about $100,000 to $400,000.

The paid-parking system, which won’t impact residents, is the centerpiece of a pilot effort to better control crowds this summer and fall. Town leaders are now referring the effort to“managed parking.”

The effort is a response to an explosion of visitors and hikers the town experienced last year, partially due to the pandemic and Green Mountain Falls’ reputation as hiking destination.  “The cat is out of the bag,” said Mayor Jane Newberry, when referring to GMF’s growing reputation as hiking mecca.

Plus, this summer the town will debut a new mini-attraction with the James Turrell Skyspace exhibit and accompanying trails, operated by the Green Box Arts group. A ground-breaking ceremony for the new trail, providing access to the exhibit, described more as an observatory-like facility, is scheduled for April 24 at 10:30 a.m. (See Mountain Almanac for details).

At last week’s meeting, GMF Town Manger Angie Sprang, expressed much optimism over the plans submitted so far. She indicated they presented many good ideas on how to handle the parking situation, with one contractor wanting to do a full presentation.

At the close of  last week’s meeting, the marshal made a major endorsement for what the town is trying to do with its parking plan and attempted to quell the storm of skepticism regarding the idea  of a paid-system. As he did before, he cited the goal of having a more managed parking setup.

“I don’t want parking meters all over town,” said Hodges, who in a previous meeting vowed to rip out any meters he detected in front of any local properties.

“This isn’t just about the paid-parking issue. “It has a huge potential for Green Mountain Falls. This isn’t the ‘Devil in disguise.’ It is an opportunity. This is not going to be a bad thing.”

Hodges cited the possibilities of providing potential visitors with more information and to enhance their stay with virtual advantages. He noted that last summer’s situation, with complaints about illegal parking and trespassing, was difficult for his office to enforce.

Officials and consultants say the plan won’t involve any parking meters, but could include some level of parking kiosks, and “parking ambassadors,” people hired by the contractor to monitor the situation with an estimated 250 potential spots in the downtown area.

“We have had some productive discussions,” added the mayor.

Still, the idea has received a lukewarm response by local  business operators and by many residents. If implemented, Green Mountain Falls would become the only town in the Ute Pass area that charges hikers or visitors.

The plan, though, would only be implemented initially on the weekends during the prime season, and would permit two hours of free parking and no charges for residents.

The virtual GMF meeting is tentatively slated to start on Feb. 20 at 7 p.m.