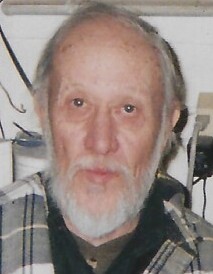 John Alvin Wiedman was born January 16, 1939 on the Cameron Ranch just outside of Cripple Creek to Michael and Katherine (Jenks) Wiedman.

John married his wife Linda (Groseclose) in April of 1964 in Oklahoma where he was stationed with the United States Air Force.  Together they raised four children Sarah Ann (Annie), Michael John, Mary Katherine and Aaron Joseph Augustus (A.J.) all of Cripple Creek.

John was a man of faith and was a founding member of Rocky Mountain Chapel in Cripple Creek, prior to the church being built he and his wife were members of the Cripple Creek Baptist Church.  He often joked about being raised a Catholic and Linda being raised a Pentacostal – saying what happens when you cross a Catholic and a Pentacostal – you get a Baptist.

In lieu of flowers the family requests donations be made to the Shriners.  www.shrinershospitalsforchildren.org/shc/donate

To send flowers to the family or plant a tree in memory of John Alvin Wiedman, please visit our floral store.