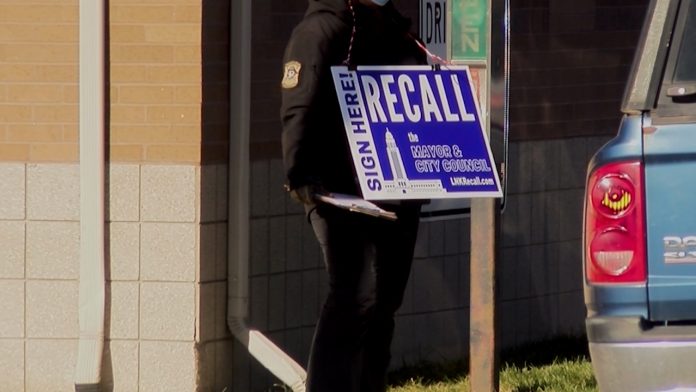 A group calling itself “Citizens Fed Up With Everything” has upped their efforts at recalling members of the Woodland Park City Council.

The group originally started their recall petition drive to rid the elected panel of Councilman Jon Pfarf, who the group considers a bully. On the group’s website, they list a litany of offenses committed by Pfarf and his history of threatening his enemies with his wrath if they oppose his viewpoints.

One of the group’s leaders, Tom Perryman said, “At first we based our recall on what we considered Pfarf’s lies about being eligible to run in the last election because he wasn’t a legal resident at the time, but when you get right down to it, Pfarf is just a mean SOB and shouldn’t be allowed to be dog catcher.”

After the unfortunate death of Mayor Val Carr, due to complications with COVID-19, the group changed its focus on the recall. Since the now six-member council has been equally divided on so many issues, the group has decided the whole council must go.

Perryman said, “They can’t get anything done now. Three members are staunch partisans and the other three members are left scratching their heads in frustration at not being able to move the city’s issues forward.”

The group now wants the city to scrap the whole council. Perryman stated, “Since we’re now in a position to have to have a special election to fill Carr’s seat, we might as well kick the whole lot of them out and have an election for all 7 seats. It just makes sense.”

The group has begun circulating petitions to remove the whole council. The petition wording states that in the event of passage, every member of city council will be immediately removed and in its place the city manager will hold council with the rest of city staff in determining city issues.

The city attorney, Jeff Williams will preside over the manager/staff meetings to be certain any negative legal issues will be avoided. Williams stated in a response to the petition, “The city charter doesn’t specify whether or not this type of move is legal. It does state the procedure for electing officials and how to fill vacant seats, but with the whole council being removed, well, that’s a whole different ball game.”

City Clerk Suzanne Leftwork said, “I love election season. If this goes through it will be the first time in city history that something like this has ever happened. I think it will be fun.”

Each current council member was asked for a reaction to the petition, but they couldn’t decide on what to say.

If the petition succeeds, the special election for all seven seats will be held sometime in April.