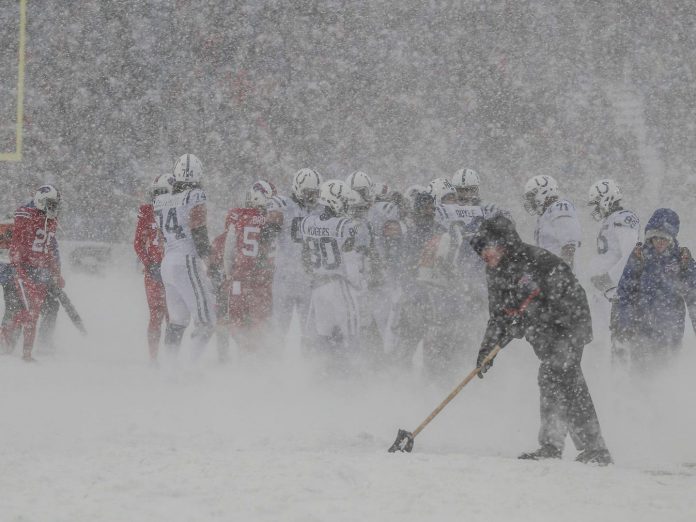 In a stunning move that rocked the NFL, the Denver Broncos announced Tuesday that will move the team to Buffalo in the AFC East Division. In turn the Buffalo Bills will move to Denver.

President of Football Operations for the team Jon Beltway said the move comes after careful research compiled by the consulting firm, Dunkin, Booty, and Putz. The firm concluded that the Broncos could not win another division title until at least the year 2016 if they stay in the AFC West division. The firm based its conclusions on the fact that the Kansas City Chiefs and the Los Angeles Chargers are so well stocked with talent. Specifically, the firm mentioned the Chief’s quarterback Patrick Myhomie and rising star quarterback Jason Whobert of the Chargers as reasons for the Broncos woes.

Current Bronco Quarterback, Drawn N. Quartered has struggled going into his third year as the number one quarterback. He has been plagued by throwing interceptions on critical drives and has been criticized for being less than an accurate passer.

Dunkin, Booty, and Putz believe that since Tommy Braids left the New England Patriots, the Bronco have a good chance at winning the AFC East title. For decades the AFC East has been the weakest division in the AFC leaving the Patriots with a guaranteed title every year. Patriot’s Head Coach Will E. Beacheat and the Patriots have dominated that division until Braids got mad at Beacheat, took his deflated ball, and moved to Tampa Bay.

The only team that could stand in the way of the Broncos controlling the AFC East would have been the Buffalo Bills and their gunslinger quarterback, Jock Alloy. Moving the Bills to the AFC West, they will be better suited to compete with the Chiefs and the Chargers.

Another move proposed by the NFL is to move the AFC West, Las Vegas Raiders to Dallas in the NFC East where they can compete in the NFL’s worst division. This will move the Dallas Cowboys, to Las Vegas where they will likely hold the last place in that division for years to come. Cowboy’s owner Jerry Johnson said he is happy with moving the Cowboys to Las Vegas. He said, “I’ll save a fortune in airfare since I’ll be able to walk to the casinos.”

NFL Commissioner Rodger Gongbell commented on the possible moves. He said, “Well, moving the Broncos will keep the western theme going in the east division since the Bills will be moved to the AFC West and moving the Cowboys to the AFC West will also solidify the western theme for that division. It’s a win-win for companies producing merchandise with a western theme.” He continued, “I envision the AFC West merchandise being dominated by cowboy hats and football players riding buffaloes on t-shirts and jerseys.” In conclusion Gongbell said, “The Broncos are used to the snow so that won’t be an issue.”