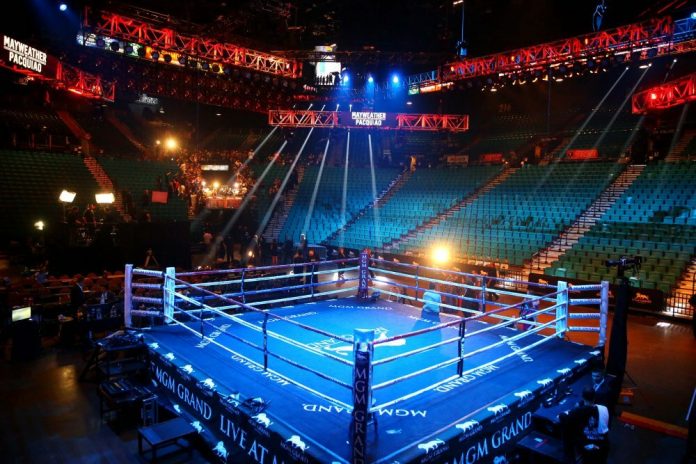 With growing political tensions in Teller County, and with coronavirus restrictions easing, the Butte Theater has announced this week a new major expansion bid into the adjacent Star building.

A key element of the expansion  includes a historic-like boxing rink patterned after the fighting stage once used by Jack Dempsey.

Butte Director Mel Maser said the effort is partially to regain their footing as the local entertainment hub of the region.  With coronavirus striking, and the closure of the Butte last year,  Maser expressed concerns that the Butte was not voted as the Best Local Entertainment, in the TMJ Best Of 2021 annual contest.  “That hurt and it won’t ever  happen again,” said Maser, who also was dethroned as the Best Personality. “Talk about a double-whammy.”

A boxing rink also will serve as a forum for local actual fights and political theater. “This will get us back on track and adjust to life in the post-pandemic era. We once considered an art exhibit area. Our plans, though, have now changed,” explained the Butte manager.

The first match-off will feature a duel between proponents of the Salute to American Veterans Rally against the Gold Camp Association/American Legion.  “This one could get ugly and we will only be permitted to allow 10 rounds,” said the Butte manager.

Tickets are already on sale, as the rink, could be up and running within the next two months.

This battle, regarding the subject of the town’s popular veterans rally and the touchy issue of special events as a whole, has been aired in TMJ and on social media.  “There are some in the community who wanted to turn this into a fight to the death, and even brought back memories of the old Johnny Nolon days,” remarked Maser.

“Contrary to some opinions, we are a civilized town here,” said City Interim Boss Ray Whitte.  “We are just a little different at times.”

The city was actually forced to issue a formal letter, calling for a truce in the raging battle of words between the Salute proponents and the Gold Camp Association. But representatives of both camps don’t appear satisfied with the city’s position.

Whoever wins this fight will determine the future of the Salute to American Veterans Rally or an alternative event. Jim Ware, president of ProPromot, the organizers of the Salute  Rally, proposed actual weapons for this fight. But this request was denied  by Police Chief Bud Brigte.

It wasn’t until Buterie and Pfaffe spotted the sight of several Oklahoma 350-pound linebackers that they opted to tone down their tempers. It’s safe to say these two public figures don’t like each other too much

For months, a proper forum  has been mulled to determine this fight once and for all.  The new Butte boxing rink has been touted as an ideal venue.