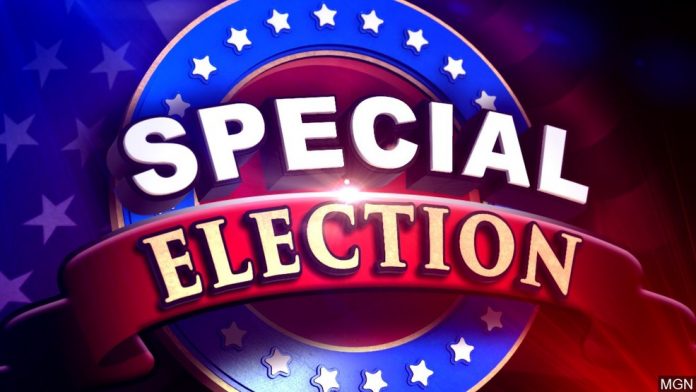 The Woodland Park City Council will remain without a permanent mayor for at least another month, with elected leaders seeking applications for this high-profile position from the community.

And with the current deadlock among the current council, the possibility remains that the city may have to conduct another special election to decide the next mayoral pick, with an estimated cost of $20,000 to the taxpayers.

At last week’s meeting, the city council explored how the process to fill the vacancy left by the passing of  former  Mayor Val Carr.  The death of Carr, who passed away recently due to COVID-19, has left the  council with no permanent mayor. As per the city charter, Mayor Pro Tem Hilary LaBarre will assume the position of mayor until a new permanent mayor can be chosen.

New City Attorney Geoff Wilson last week explained council’s options on how to proceed with replacing Carr. Wilson began by stating the process as outlined in the city charter. “That section of the charter presents several options to the council. One is to the do-nothing option in which Mayor Pro Tem LaBarre would continue to serve in her position until the first meeting following the next regular election.”

The second option would be for the council to vote for an existing council member or a member of the community. Wilson noted there is, “no real time line” to act on replacing Carr. In this case, the voters would fill the vacancy at the next election.

Council may have to call a special election

According to Wilson, an important factor in filling the vacancy deals with the council’s current tendency to cast tie votes on many appointments, with a six-person panel.  Wilson said, “If  the effort to name a mayor results in no candidate getting a majority of votes, you may call a special election.” He stipulated, council is not required to call a special election, but they may do so, if they choose.

According to Wilson, a special election cannot be called until the council fails to appoint someone to fill the vacancy.

If council choses to appoint a fellow member of the council,  this would in turn create yet another vacancy on council. Should that occur, Wilson said, “I you appoint one member of the council to be mayor, then you could fill that vacancy (by appointment) then you’d have two appointees on council. Then the next vacancy, if one were to occur, would have to be filled by a special election.”

In other words, council must first attempt to fill the vacancy by appointment before a special election could be called.  Regardless, LaBarre will continue as the temporary mayor until the vacancy is filled.

City Clerk Suzanne Leclercq pointed out a change in the city charter regarding the length of time required to post for applicants to apply for the vacancy. She said, “Years ago, we had a requirement to advertise for these positions for 30-days. That is no longer in our charter.” The council now gets to decide how long the city has to put the advertisement out for applications.

Following the attorney’s explanation, Councilman Jim Pfaff asked how much a special election would cost. Leclercq estimated the cost running around the  $20,000 figure.

Council Member Kellie Case then nominated LaBarre to be appointed the permanent mayor and fill out the remainder of Carr’s term.  The nomination was defeated defeated 3-2. Council Members Pfaff, Alfieri, and Zuluaga voted no. LaBarre did not vote. Case and Neal voted yes.

Immediately following this vote, Pfaff made a motion to put the appointment out to the public. A vote was taken and the motion passed 5-1.

Councilman Rusty Neal cast the sole no vote on this proposition. Leclercq asked council how long the applications should be advertised and council voted for a 30-day application window. Candidates for the mayoral position must meet the city’s requirements, based on the city charter.