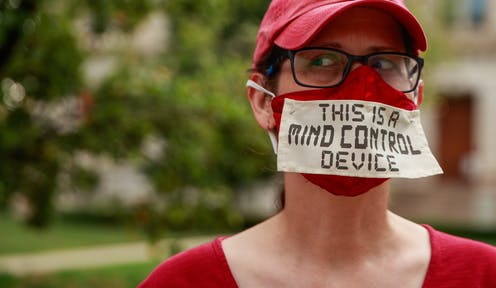 Constitutionality of state restrictions and executive orders in question

However, this mostly symbolic gesture and a non-binding move, patterned after one done by the city of Monument, was modified from the original proposal. The resolution was approved at last week’s regular WP council meeting by a close 4-2 vote.

It is defined as “a resolution reasserting the rights of the city of Woodland Park and its residents and condemning the unlimited use of executive orders being allowed by the Colorado State Legislature.”

Resolution 871 declares that Governor (Jared) Polis violated states’ rights by repeatedly issuing executive orders requiring mask mandates, restricting public gatherings, and imposing restrictions on businesses. The resolution further states that, “The council members of Woodland Park do not approve of the unchallenged and repeated extensions of executive orders. The city council of Woodland Park calls upon the governor to take all necessary steps to prevent harm to its citizens and local businesses.”

This resolution failed to pass council at the February 18 meeting as originally written due to some of the language in the original draft. Upon consultation with other members of council and county officials, including members of the Teller County commissioners, the draft was amended and presented again.

This resolution, though, has no binding authority and is merely a symbolic gesture.

Council held discussion on the matter, with members declaring their support for the resolution.

The only council member to express objection to the resolution was Councilman Robert Zuluaga.

Zuluaga gave a long speech on how he objected to the watering down of the resolution from its original draft. Eventually, Mayor Pro Tem Hilary LaBarre had to ask Zuluaga to “wrap it up” as his dissertation went well over the 5-minute limit for response.

In other council news, the elected leaders unanimously approved a new legal contract between the city and the firm of   Wilson Williams LLP. This firm has replaced the former city attorney Jason Meyers who left the city’s employment recently. Wilson Williams LLP is on an on-call basis and is not a permanent city attorney. The firm charges the city on an hourly basis at $215.00 per hour.