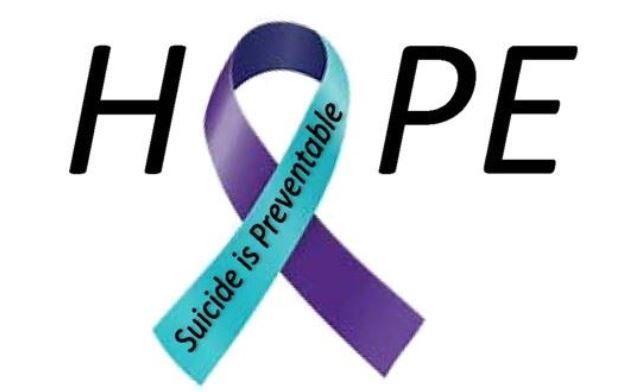 Pikes Peak Suicide Prevention Partnership (PPSPP) in Colorado Springs, CO has announced the release of a series of nine new videos, which are educational in nature and cover the challenging topics of youth suicide, gun safety, suicide in the military (active duty or veteran), another that features PPSPP programs and one that discusses COVID’s effect on the agency’s mission, among other topics. The video series can be viewed here.
The Pikes Peak Suicide Prevention Partnership (PPSPP) has been serving individuals and families since 1993. Founded by local women with personal reasons for bringing the issue of suicide into the public eye, PPSPP began as a crisis line center for suicide prevention and is now a resource center where clients are connected to referral services and a peer support program. They also operate a 24/7 peer support program to provide intervention, especially overnight, so ‘nobody has to sit in the darkness alone’.
“The new video series will enhance our mission to unite the community in addressing suicide in the Pikes Peak Region through education, intervention and postvention,” said Cassandra Walton, Executive Director, “Suicide is a perceived solution to an overwhelming problem. PPSPP provides outreach and awareness events, suicide prevention trainings, support groups and individual counseling. All services are provided at no cost.”
Walton has been working with PPSPP for just over a year and became involved after a loss of a close family friend. “A string of youth suicides rocked the Colorado Springs in 2016-2017,” Walton said. “Various community initiatives started up in response to those losses and PPSPP was contracted by the El Paso County Health Department to complete a research project called the, “Teen Think Tanks.” We interviewed hundreds of teens about what they thought suicide prevention in schools should look like. I then felt compelled to help make some of their ideas a reality,” she explained.
Walton feels that it’s important for the community to see the video series because “one of our strongest arms of prevention is an informed public. We need people to be exposed to the concept of suicide prevention. The more people who know, the more lives we can save – especially when it comes to underserved groups like men and our community’s military personnel. We want people in need to make sure that they are getting help – whatever that may be.”
PPSPP provides education through outreach events and suicide prevention trainings. The agency’s interventions include clinical and peer support services. For postvention they provide immediate support to individuals, families and organizations impacted by a suicide loss through communication, crisis and bereavement support and peer support services.
In one of the feature videos, Walton talks about how COVID-19 has affected teen suicide. “Youth suicide is a hot topic in our community since the pandemic hit. PPSPP has worked to proactively address topics like isolation and pandemic fatigue,” said Walton. “We understand that many parents have been stressed out and teens feel like they don’t want to be an added burden to the household. We have to remember that many who are struggling are not in a place to reach out and so we must get creative and be tenacious about “reaching in” to them.”
A male client shared that having access to free services was hugely important. He stated that “people need to start talking about mental illness and suicide. Men need to get over the stigma and believe that it’s OK to reach out for help.” PPSPP’s partnership with NAMI (National Alliance for Mental Illness) classes and M.A.N. Up (Mental Accountability Network), started by a PPSPP volunteer inspired by their experience with the agency, have been crucially important. “If I had succeeded in my suicide attempt, I would have missed out on so many things. Finding a safe space to share my struggles has literally saved my life. I have been able to get all of that stuff out and people don’t judge me when I do it; I can tell I am a healthier person.”
P&A President Michael Perini said, “The firm is honored and grateful that PPSPP placed their trust in our video services to help their organization spread the word about suicide prevention efforts as well as encourage more individuals to find the professional help they need.”
Walton stated that the hardest part of her job is getting the call or waking up to a news story about another loss to suicide. “I force myself to find out the details of these losses, so I can learn what service or resource could have made the difference for that person,” she said. “Suicide prevention is a complex issue with a lot of moving parts. It is important that making these videos available, either through us or through connections with community partners, shows that help, and hope, are always nearby.”
#  #  #
About Pikes Peak Suicide Prevention Partnership
The mission of Pikes Peak Suicide Prevention Partnership is to unite the community in addressing suicide in the Pikes Peak Region through education, intervention, and postvention. Their vision is Reducing Suicide Across the Pikes Peak Region.
In their efforts to reduce suicide in the Pikes Peak Region in 2020, PPSPP offered over 300 individual therapy sessions; held 144 group meetings (average weekly attendance: 18); held 732 peer support calls/meetings; trained 602 individuals in suicide prevention; reached out to 115gun retailers and held 32 awareness events. *These numbers are through November, 2020*
All services are FREE! To make a donation or learn more go to the website at
www.pikespeaksuicideprevention.org or call (719) 573-7447.
****
(Editors Note: This press release is being forwarded by our firm at the request of our client. Please pass along to the appropriate news reporter).