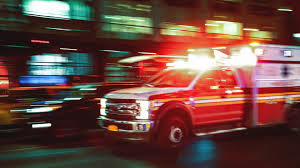 The new elected board of the Teller County Commissioners can’t be accused of running management operations in a status-quo manner.

In yet another key leadership change, the commissioners recently decided to part ways with their veteran medical director, Dr. Jeremy DeWall, and replace him with Dr. Tim Hurtado of Centura Health Systems. The person serving this position plays a key role in working with a hefty lineup of emergency service/ambulance groups and fire departments and special districts throughout the county, and in serving as the head medical liaison for Teller.

But last week, this previous decision, made at the end of January, sparked a wild and emotional debate, with mixed opinions and considerable emotion among leaders of emergency service groups and special districts. Some EMS district representatives cried foul, contending that county residents now may be at risk Moreover, they accused the commissioners of negatively impacting their ability to operate. They also maintained that the county is threatening their self-sustaining operations and that they can’t move forward with solid plans.

Other special district representatives, though, agreed it’s time for a change in the current medical director leadership role, with the current bombardment of regulations and guidelines that are just too progressive for Teller. Some worry that under the current system, they may lose their designation, with residents and visitors ending up as the big losers. Questions also were raised by county officials about how the previous director was handling the COVID-19 vaccination situation.

However, despite the emotional battle, officials believe a compromise was finally reached last week that should establish a partial truce in the county’s emergency service (EMS) arena, In essence, the commissioners decided to give the green light to both DeWall and Hurtado as Teller’s medical directors for 2021, at least for now. “ I believe everyone is happy with the decision we came up with,” said Commissioner Erik Stone, a newly-elected commissioner for District 3.

For a brief period, last week, though, the commissioners appeared like they needed a referee to settle the fight. The session marked the most contentious debate since the outbreak of the pandemic a year ago, a scenario which greatly restricted public meetings.

But this void of virtually no public comments for months screeched to a halt last week, in a major way.

“It was like the old days,” quipped County Administrator Sheryl Decker, in reference to the county’s previous era of more heated meetings. “I was very impressed with the decision the commissioners came up with,” she added.

It also served as another sign that the current commissioners plan to be more hands-on when it comes to public health, emergency management and COVID relief action. The commissioners, shortly after a new board was sworn in, opted to part ways with their previous public health chief, Jacque Revello.

Major changes were also announced for the county’s medical director choice, a verdict that surprised leaders of some districts. A staff report, prepared by Decker, outlined a laundry list of problems with DeWall’s reign as medical director. Some of these included a lack of communications, inflexible policies, refusal to cooperate with the county in regards to the administering of the COVID-19 vaccinations and certain partnerships and possible conflicts.

At the same time, county leaders and officials agreed in the desire for more transparency, and kept the door open for revising this decision, following public input from fire, EMS and ambulance district leaders at last week’s regular session.

According to Stone, the main complaints pertaining to DeWall’s leadership dealt with guidelines that were too extensive for some emergency service outlets; and a lack of communications with certain agencies.

Following several hours of testimony from a variety of organizations last Thursday, the commissioners opted for a compromise and agreed to have two county medical directors for 2021. An official resolution, adopting this system, will occur on March 4. Under this directive, emergency service groups and fire district in the county have the opportunity to continue to work with DeWall, or can pursue the originally recommended proposed arrangement with Hurtado.

The commissioners and staff certainly got their wish when it came to receiving more public comment.

For several hours, the commissioners’ meeting room bustled with fiery comments, both pro and con, regarding the board’s original decision. This marked a huge change from meetings held in the last year.

Some emergency service representatives questioned why the commissioners sought this change. “Why do you have to do this?” questioned Tim Dienst, chief executive officer of the Ute Pass Regional Health Service District. He called the commissioners’ change in direction as a threat to their future and their ability to maintain self-sustaining local control. He referred to it as an “upside down” verdict that was made without proper input.

He argued that local ambulance and special districts should have the option of deciding which director they wanted to work with.

DeWall, who works with UCHealth and a variety of special districts, certainly had his supporters at the meeting. Many EMS district representatives cited his compassion and the dedication he displayed during his role as the county’s medical director. And in addressing the board, DeWall cited that fact that the EMS world, even in Teller, has greatly changed, with the need for more training. He also cited a slew of accomplishments, since he held the reins as the county’s medical director. “This has been a model program,” said DeWall,

But DeWall did have certain critics. Dean O’Nale, a representative of the Northeast Teller County Fire Protection District, and the former chief of the Cripple Creek, questioned guidelines that encompassed more than 350 pages, about double from those proposed by Hurtado.

He lauded DeWall’s skills as a doctor and medical specialist, but maintained that from an operational standpoint, the current system isn’t working. A few local fire departments had already initiated plans to work with Hurtado.

The commissioners too noted some communication complaints they had received from certain local agencies. Commission vice-chairman Dan Williams also stated that the county’s past position in selecting a sole medical director had worked for an extended period. “I am reticent to get rid of something that has worked for 25 years,” said Williams

In the end, the commissioners, based on the extensive input, decided to go with two medical directors. This was one proposal that was presented last week in Decker’s staff report.

As part of this decision, they will allow local emergency service and fire district to decide which director they want to work with. They aren’t free just to pick their own medical director, outside of the two recommended choices.

The commissioners agreed that the two medical directors are both top-notch medial specialists.

Decker stated that the decision to pick two medical directors will be reviewed within the next few months. “We will see how this works,” said Decker.