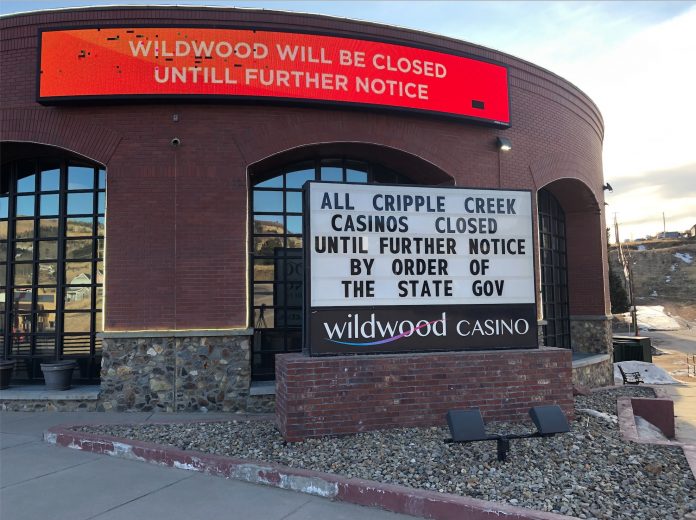 With an extremely responsible stance in handling the coronavirus epidemic by local operators, it’s time for gaming action to return to normal inside Cripple Creek casinos. 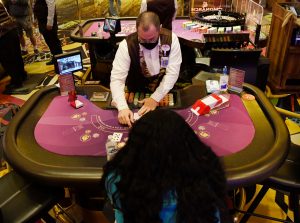 roulette, with proper social distancing restrictions, along with 24/7 alcohol service.

That is the gist of the latest variance request submitted by the Teller County commissioners, acting as the Board of Health. Late last week, the county submitted another variance request to the Colorado Department of  Public Health and Environment (CDPHE). Since the advent of the stay-at-home orders, the county has submitted nearly five different variance bids to the state.

In a brief meeting last week, the county’s Board of Health even took this one step further and approved an even more sweeping  variance bid, which besides the re-introduction of table games and 24/7 alcohol service, sought to put an end to mandatory health and temperature screenings at all casino facility entrances.

But in an 11-hour move, and with objections from UCHealth/Pikes Peak Regional Hospital officials, the commissioners scrapped this latter request and stuck with reopening the door for table games and 24/7 alcohol service.

“When you granted the casino variance, you did not approve table games, but specifically stated you would consider this in three weeks,” stated the commissioners in a letter addressed to CDPHE Director Jill Hunsaker Ryan. “It has now been three months and we believe it is the appropriate time to allow table games for casinos in Cripple Creek. We also request the existing variance to allow expanded hours for alcohol service,” added the commissioners.

In addition, they asked for further clarification for COVID tracing, enabling the county Department of Health to treat each casino as a separate entity,  instead of lumping all the gaming establishments together.

This request also outlines in depth how the table games would occur under COVID social distancing requirements. They made  it clear that these games would not be run in a 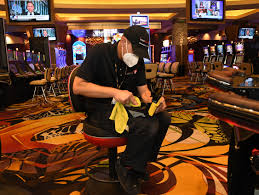 business as usual pre-COVID manner with strict limits on how many players could participate and exact rules on where players could sit or stand at the respective tables. In addition, no bystanders will be permitted at the tables and stringent cleaning and sanitation requirements will be in force to grapple with cards and dice.

The latest bid runs parallel to comments made by the commissioners in a special meeting last week, when they acted as the Board of Health. For the most part, the commissioners cited the superb track record of casino operators since gaming establishments reopened in the middle of June. “The casinos have been very reasonable in executing (these COVID-19 rules). They have been a great partner with the county,” said Commissioner Norm Steen. “They have been very responsible.”

A More Than Reasonable Variance Request

Similar views were echoed by Commission Chairman Marc Dettenrieder.  He also cited the fact that COVID-19 activity has greatly decreased in Teller, since a big spike occurred in July.  And even with this brief outbreak, none of the new cases were attributed to casinos. “I think this is reasonable,” said Dettenrieder, in describing the latest casino variance package.

Both Dettenrieder and Steen even supported an additional variance plan, aimed at doing away with the mandatory temperature and health screenings done at the casino entrances. Dettenrieder mentioned the high operational costs for casinos with the screening requirements and stated that it was inconsistent with screening rules for other businesses. He stressed that the employee health screenings would still continue.

However, Commissioner Bob Campbell, while supporting the table games and 24/7 alcohol service provisions, said he felt uncomfortable with not requiring the temperature screenings of patrons at the facility entrances. According to Campbell, the current system of testing is working quite well. At the same time, he said he didn’t want to cast a dissenting vote to hold up the overall variance package.

In the past, Campbell has been a big supporter of taking steps to reopen the economy.

The variance package, with three separate requests, was approved unanimously. But in their final submittal, county leaders altered this somewhat and agreed to axe the bid to no longer require temperature and health screenings of casino patrons.  Dettenrieder said the slight change dealt with concerns raised by the Pikes Peak Regional Hospital.

The latest request will be reviewed by state officials. Another related variance request has been submitted by Gilpin County for the gaming establishments in Black Hawk and Central City.

Although Cripple Creek doesn’t bustle with that many table games, bringing back this activity would give the town a more robust gaming feel. Gaming has operated so far with one-arm tied behind its back, according to industry experts.

Still, gaming revenue hasn’t dropped that much on a winning percentage basis, especially with no table games. However, the number of betting games has shrunk considerably due to the COVID-restrictions, a factor that is producing a  big strain on the city of Cripple Creek’s budget in the form of device fees. For 2020, the city was forced to reduce its nuts and bolts spending by $2.2 million.

According to some accounts, this may represent just the start of the fiscal bleeding.

The city is slated to hold  2021 budget meetings in early October.