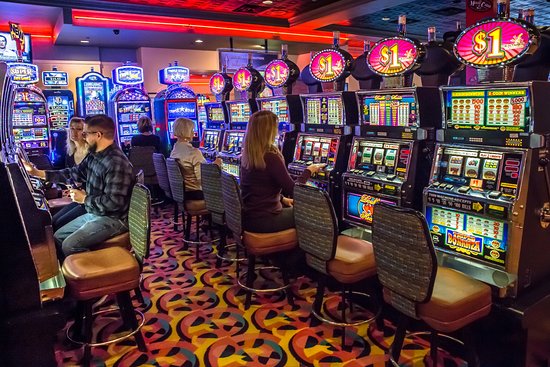 Cripple Creek city leaders put their St. Nick holiday hat on for the third time in the last few months and granted the gaming industry another big waiver on their betting device fees.

But this time, Creek gaming establishments only got a break for the first two weeks of June, marking another period in which no gambling action occurred in Cripple Creek due to the mandated casino closures ordered by the state.

Altogether, the city has given the local gaming industry a $762,002 break in fees, since casinos in Colorado were forced to shut down on March 17.

City officials and council members have supported the action, saying it isn’t fair to charge these fees, when the casinos can’t operate.  But this has put much financial pressure on the city, as gaming device fees are a major component of the town’s revenue source. With the slicing of betting device fees and in the reduction in related gambling taxes, the city has cut its budget by $2.2 million for 2020.

The council previously waived fees for the entire months of April and May, cuts that equated to a little more than $600,000.

City leaders are hoping the third time will become the charm and may represent the last time Creek leaders have to take this action. During his regular council report, Interim City Administrator Paul Harris gave a positive account of the industry’s reopening activity. He also indicated a movement has been started to try to seek a variance on current restrictions against allowing table games. Currently, only slot games can occur in the Colorado gaming towns due the COVID-19 restrictions.

Gaming operators, though, want to reactivate action at their roulette, craps,  poker and blackjack tables.

Harris, though, cautioned that this particular variance is somewhat of an uphill battle, based on previous statements made by state officials. Table games aren’t as big of a draw in Cripple Creek as they are in Black Hawk, the perennial dominant market player of limited stakes gaming in Colorado.

But from an image standpoint, table games play a big stimulus in creating a fun gaming atmosphere, with a mini-Vegas feel.

In an unrelated issue, the city also played Santa at last week’s meeting in another area, and agreed to amend the development plan for Full House Resorts, owners of Bronco 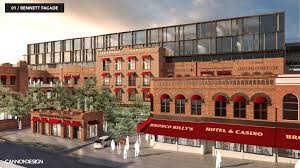 Billy’s. This sets the stage for releasing their hefty $700,000-plus performance bond for the first phase of their mega hotel expansion/parking garage project. Due to  the business impacts from the coronavirus epidemic, the construction of phase one, dealing mostly with an elaborate parking garage, has been put on hold by Full House Resorts.  This entire project encompasses a $100 million-plus development.

Full House still must keep a bond on the table for $150,000, to pay for infrastructure that the city would have to finance, if the first phase falls through altogether.  Bronco Billy’s, as part of this deal, must develop an outdoor parking lot and make  needed enhancements to the area.

Plus, Full House Resorts must make regular six-month updates to the city regarding the progress of its project. And if construction on the project reoccurs, then the bond must be reinstated.

Need for Food Trucks and Vendors

And in other city news, Special Events and Marketing Director Jeff Mosher outlined a grave concern regarding the perception that families aren’t welcome up in Cripple Creek in the post-coronavirus era. More specifically, he conceded there is hardly any place for families to grab a bite to eat, based on current restrictions.

To make matters worse, Mosher said the city is getting demolished on social media with one recurring message: Don’t Come Up to Cripple Creek.

The problem deals with the current restrictions for casinos, making it almost impossible for families and kids and those under 21 to enter a gaming establishment restaurant. Plus, in their initial reopening sprint, the casinos haven’t had some of their restaurants back in full action.

And with the cancelling of most special events, the town is getting hammered on social media as a non-family place.

Outside of casinos, there are only a few eatery choices in town, such as Ralf’s Breakroom. Mosher asked the council’s permission to set up food truck vendors in the downtown park area, along with  port-a-potties.

The council reacted to the proposal with open arms, as long as this is not a permanent arrangement.

“More commerce begets commerce,” said Councilwoman Meghan Rozell, who noted that she has always supported the concept of having food trucks in town.

The council also asked the special events director for an update on plans for “Streateries at the Creek.” This is part of a proposed bid to make Bennett Avenue more of a place to host outdoor dining, live entertainment and games, with a flavor similar to the 16th Street Mall area in Denver.  This could allow establishments to sport activities outdoors, which they are prohibited from doing inside their current facilities.

Under this effort, current businesses could use public sidewalk areas and even the main street, if they get permission.

Mosher said this plan is being explored by a few  operators. For right now, officials have indicated the casinos are getting their feet wet in reopening under the new coronavirus rules.