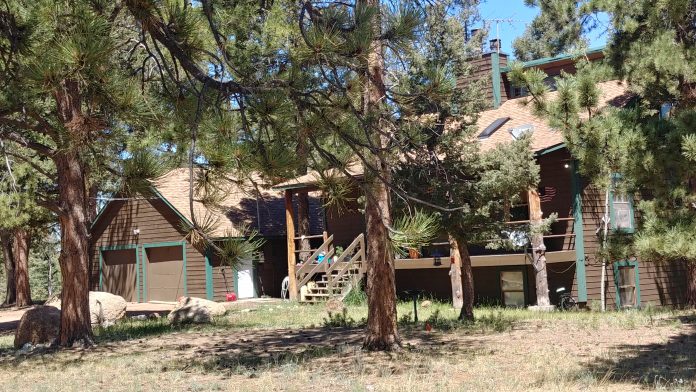 Suspected Felons May Be Part of Huge Drug Ring

The county’s Get Out of Teller Campaign struck with a vengeance last week, when the Teller Narcotics Team (TNT) helped foil a large illegal marijuana growing operation that spanned across three different Colorado counties.

The operation was regarded by authorities as the biggest drug bust for Teller County and the “largest single criminal enterprise seizure” the Teller County Sheriff’s Department has encountered.

Last week TNT acted on tips they received of a local illegal grow operation and were able to work together with other law enforcement agencies to seize more than 1,500 plants, over $30,000 cash and half a dozen firearms.

According to Teller County Sheriff Commander Greg Couch, the investigation came about when the local narcotics team investigated anonymous tips, they received about a house located north of Divide, and found the information to be valid. As the team was investigating the property, they discovered that some of the names they came across were the same names involved in an investigation in Las Animas County in an area east of Trinidad.

The two law enforcement agencies decided to work together and executed search warrants on the two properties at the exact same time so that people at one location could not inform people at the other. During the search, investigators noticed that both homes had illegal marijuana grow operations and the one in Las Animas County had more than 1,000 plants.

As a result of the search on the first two properties, the deputies learned about a third growing location in Colorado Springs. The third location was being operated out of a building that had a tow truck company in front. The owner of the tow truck company was leasing part of the building and did not know that illegal marijuana growing operations were taking place.

As a result of the 14-hour long bust, the three law enforcement agencies were able to arrest three people. Joseph Vaquilar was arrested in Las Animas County and Javier and Robin Morejon were taken to the Teller County Jail and held on a $50,000 bond. All three individuals were charged with drug felonies, with one charge relating to the illegal cultivation of marijuana and a special offender charge for participating in an organized crime ring.

During the bust, investigators found the marijuana plants and cash along with evidence that the marijuana was being shipped out and sold to other states and even other countries. As a result of the executed search warrants, the law enforcement agencies also seized two shotguns, two pistols, two scoped rifles, and at least four vehicles. The sheriff’s commander said that there was evidence of other illegal activities taking place, but he would not mention these because the case is still under investigation.

According to Couch, one of the suspects was of Cuban descent, but they were not sure if the illegal grow operations were related to Cuban drug cartels, similar to local grow operations in the past. Couch did say that he believes that the three agencies foiled a large illegal drug ring.

No letup on campaign against illegal marijuana grow operations

The commander also said that the county will continue to crack down on any illegal marijuana grow operations in the area.

“By no means was this any kind of regulated or licensed cultivation commercial business,” Couch said. “It was strictly black market and strictly illegal in the way they were processing it, marketing it, and distributing the stuff. It is operations like this that really bring a bad name to the folks that are selling marijuana safely and legally in the state of Colorado. In no way are we saying that selling or consuming marijuana legally is the issue because it is not.”

Couch also said that illegal marijuana grow operations like these are a danger to the community. “One of the reasons why we pay special attention to these large cultivation operations is because they use hazardous chemicals, they are not regulated and they are not inspected for safety,” Couch said. “So, some of the chemicals that they use in their operations could be seeping into the ground water, your drinking water. The electrical hazards are unbelievable. We had a report on one of these locations that the power lines and the transformer actually caught on fire and melted because they were drawing so much electricity. So, it is a danger to others and the public it is not something that should be ignored.”