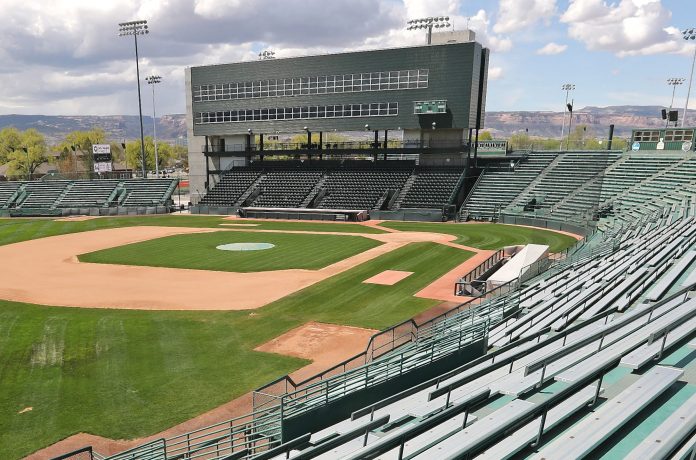 Remember the good ol’ days when local residents could sit out in the sunshine and watch a Colorado Springs Sky Sox or Rocky Mountain Vibes minor league baseball game?

Well, spectators should hold on to their memories because there is a good chance that the last professional baseball game has already been played in Colorado Springs—at least for the immediate future.

In 2019, the Rocky Mountain Vibes played their first season in the city after the Sky Sox left for Texas and it could very well be their last. Last week, it was officially announced that 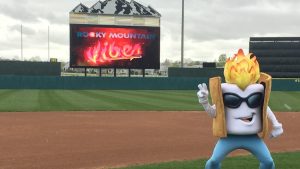 the 2020 Minor League Baseball season would be cancelled.

This means no  baseball action at the popular UC Health Park, on the eastside of Colorado Springs for this year.

The cancellation of all minor league games this year was due to the coronavirus pandemic mainly, but other issues prompted the minor league’s governing body the National Association of Professional Baseball Leagues to decide to cancel the season. The association’s president Pat O’Connor said that the league did not feel that it was feasible to go forth with a season this year because playing games without fans would not be financially sustainable.

O’Connor said that most of the minor league teams do not have big television contracts.  These lucrative deals have allowed Major League Baseball to have a season this year. The president said that more than 85 percent of the revenue minor league teams receive comes from ticket sales, concessions, parking, and ballpark advertising.

O’Connor also said that the coronavirus pandemic, along with the cancellation of the 2020 season, will put most minor league teams under extreme financial stress. He said that nearly half of the teams will end up going bankrupt and perhaps disappear altogether, if the government does not step in to help them.

Other reports say that due to the shortened season in the MLB league,  the minor league teams could not have fielded teams, if they wanted to have a season. The contract that was signed by the MLB and the MLBPA only allows for each team to have a roster of 60 players for their shortened 60-game season.

Normally, each major league team would have 30 players for each of their minor league teams to pick out of, but this year they will only be allowed to have a taxi squad of a total 30 of the best players that would be playing in the minor leagues. The members of this taxi-squad will keep themselves in shape by practicing and participating in virtual games and workouts instead of playing on minor league teams.

Minor League Baseball plans on having a league in 2021, but there is a good chance that the MLB will get their way and that the minor league will be shortened from 160 teams to 120. Currently, the talks to extend the professional baseball agreement past 2020 have been suspended due to teams dealing with the 2020 season.

But, since the minor league no longer has any bargaining chips to get a better offer from the MLB, many insiders believe that once the talks presume that 40 teams will be eliminated. And, more teams might disappear from the minor leagues altogether due to the financial crush they experienced in not having a season in 2020.

Unfortunately, the Rocky Mountain Vibes is one of the teams that will be nixed from the minor leagues if the agreement to reduce the league is made. In fact, the entire Pioneer League could be axed.  But that reality is  not certain, as there has been much support across the country to retain minor league ball, as  many see this as a way to bring pro baseball to fans in smaller and medium-sized markets.

Right now, since the decision has not yet been made, Vibes President Chris Phillips is optimistic about the future of the organization and has been booking drive-in theater events at the stadium.

Phillips said that it is sad that minor league baseball has been cancelled for the first time in its 120-year history, but that the organization is trying to stay afloat by turning the stadium into an outdoor movie, concert, and event venue.

“We would like to thank our amazing partners, season ticket holders, fans, and the Colorado Springs community for their continued support over the last several months,” said Phillips. “We will continue to be an integral part of the community and work closely with the El Paso County Health Department to be able to host events here at UCHealth Park.  While we are saddened there won’t be any baseball on the field this summer, we remain positive in our outlook for the future and we can’t wait to see our fans back out at the ballpark.”