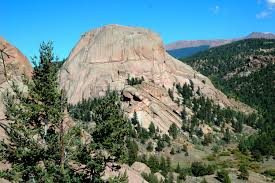 This will impact users of one of the most popular hiking spots in Teller, Dome Rock, located off the Four Mile road, and part of the Muller State Park system. It also reigns as one of the 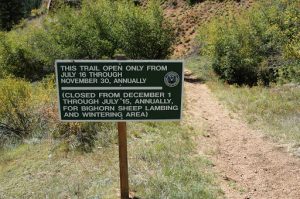 The properties have always been open to the public, not just to the hunters and anglers that purchased them and pay for their maintenance. Many people visit them and use them as they would any other public land.

As Colorado’s population has increased in recent years, CPW has noticed a significant trend of people engaging in activities for which these properties were not intended. These issues range from illegal camping to engaging in recreational activities that disturb and displace wildlife.

According to CPW Director Dan Prenzlow, “This new rule change will help our agency begin to address some of the unintended uses we’re seeing at many of our State Wildlife Areas and State Trust Lands. We have seen so much more non-wildlife related use of these properties that we need to bring it back to the intended use, conservation and protection of wildlife and their habitat.”

CPW is a user-funded agency and, unlike most government agencies, receives very little money from the general fund. The new rule requires all users to contribute to the source of funding that makes the acquisition and maintenance of these properties possible.

“Colorado Parks and Wildlife manages over 350 State Wildlife Areas and holds leases on nearly 240 State Trust Lands in Colorado, which are funded through the purchase of hunting and fishing licenses,” said Southeast Regional Manager Brett Ackerman. “The purpose of these properties is to conserve and improve wildlife habitat, and provide access to wildlife-related recreation like hunting and fishing that are a deep part of Colorado’s conservation legacy.”

There are two reasons for the new policy. The management of state wildlife areas is funded through the purchase of hunting and fishing licenses for the purpose of conserving habitats and wildlife-related recreation. State law requires CPW to separate its funding sources for both wildlife areas and state parks, which are funded by park passes. The other reason has to do with growing visitation numbers.

“We are seeing unprecedented use of our public spaces and our state wildlife areas that is affecting our wildlife in these areas,” said CPW spokesman Travis Duncan. “I don’t want to say I’m discouraging hiking, but I am encouraging folks to look up what the intended use of that property is.”

“Our first priority with our officers and other staff will be seeking to educate first, especially over the course of the next year, however, if officers are continually contacting the same individuals who are not following the rules, they may choose to issue a citation. We’re also looking into updating signage, especially in areas where the rules may be confusing.” said Duncan.

The closest State Wildlife area to Woodland Park that will be affected by this rule change is Dome Rock State Wildlife Area. Dome Rock is adjacent to Mueller State Park, but is managed by CPW. Public access is restricted to foot or horse traffic only.

Still, the Dome Rock area, when it is open, is regarded as a great gem for hikers, cyclists and equestrian buffs, offering some amazing rock formations and occasional views of the big horn sheep.  But in recent years, managing this area has become a challenge.

Users there now must pay the fees for a hunting and fishing license, even though they may not partake  in these activities.