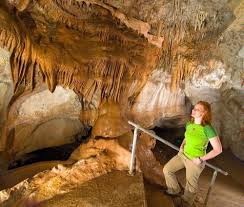 Across the nation, many states have experienced a sudden jump in confirmed cases of COVID-19, including most of Colorado’s nearby areas and hot spots, like Arizona.

Even though Colorado is not considered one of the states that has had large increases, some parts of the state have seen a higher number of coronavirus activity.

As a result, Colorado Governor Jared Polis joined executive leaders in other states when he made the decision to close bars, nightclubs and local amusement parks statewide once again last week. Polis said that he wanted to make sure Colorado did not have large spikes, and that he was worried about outbreaks occurring over the Fourth of July weekend.

Locally, most businesses were unaffected by this ruling, as all of the bars (with the exception of one) in the area have food licenses and also operate as restaurants. These types of bars can still operate, as long as food is being served.

However, in a move that surprised some area business owners, the Colorado Department 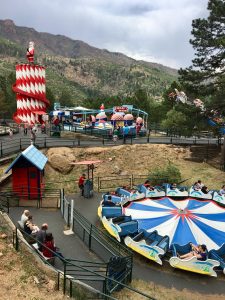 of Public Health and Environment (CDPHE) did order two local attractions in the region to close down until further notice.

Last week, the CDPHE reclassified the Cave of the Winds and the North Pole Colorado Santa’s Workshop in Cascade from being “outdoor attractions” to “amusement parks,” forcing them to cease operating their rides and shut down. Santa’s Workshop opened back up in early June as a result of the approval of El Paso County’s third variance.

According to Santa’s Workshop officials, the business was operating under strict guidelines required by the local and state health departments. The park’s staff set up hand sanitizer stations all over their property, closed down common areas and seats on rides so people could socially distance, and required all of their employees to wear masks.

After CDPHE announced that the business was reclassified, management at Santa’s Workshop released a statement saying that they were disappointed with the state’s decision to reclassify them because they thought they were abiding by the proper guidelines.

“We do however feel that we are being treated unfairly by the Colorado Department of Health,” Santa’s Workshop officials said in a statement. “Our amusement rides are licensed through the Department of Labor same way all other amusement rides across the state that are currently open are. Examples include Glenwood Cavern Adventure Park, the Royal Gorge, and the mountain coasters open throughout the ski areas. We are supportive of all these parks being open and we just ask to be treated equally. All of these have been able to open through public health order and variances approved by the local health departments. The same activity that we provide is open across the state.”

The business then released an update on their social media pages late last week saying that they had a meeting with the state health department to review their situation. The update statement said that the meeting went well and that they are having another meeting sometime this week that will determine if the park will be able to reopen soon.

In Teller County, most businesses should be safer from further state-mandated closures because the number of confirmed cases has not gone up by much in the last couple of weeks. Teller County has only had a total of 42 cases since the outbreak first hit the county last March.