For several weeks, local law enforcement officials have voiced their concerns about the new law and wonder how they will be able to afford to implement the new changes.

According to Teller County Sheriff Jason Mikesell, the new law was a “knee-jerk reaction”

to what took place in Minneapolis, resulting in the murder of George Floyd and the sparking of protests across the country. The after-effect has left several law enforcement agencies wondering how departments will come up with the money to pay for all of the extra equipment and staff needed to be in compliance with the state’s new reform measure.  Colorado actually became the first state in the country to pass a new law enforcement reform bill, following the George Floyd killing.

Mikesell said that the law did not come up with any means of funding the enhancements. More specifically, he says the law maintains that there could be funding coming from a grant, which currently is equipped with no money.

“Under the new law we will have to purchase body cameras for all of our deputies and hire more personnel to be in charge of the process,” Mikesell said. “We estimate that the total cost to implement the new changes will cost $300,000 to $400,000 initially, then over $100,000 per year after that.” 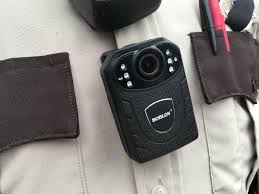 everything associated with maintaining the cameras. The sheriff’s department will not only have to purchase cameras for more than 70 deputies, but they will have to purchase some type of data storage in order to keep records of the complete video footage from the cameras.

The sheriff also said that he will have to hire one or two more full time employees to manage and record all of the information required by the new law. He said that he will need staff to go through all of the video footage and redact videos that contain confidential information about victims or juveniles. He also said that the recording and reporting on several types of law enforcement activities will also take more staff to conduct.

The sheriff said that he does not know where the money to implement the required changes will come from, if the department does not receive assistance from the state. Mikesell said that he fears that he would have to take funding from other parts of the department to finance the body cameras and the costs associated with them.

Mikesell did say that he thinks that body cameras on his deputies could help with some investigations, but making the footage public during an ongoing investigation could cause problems. “When videos are released to the public it creates several ‘arm chair quarterbacks’,” Mikesell said. “The media can then sensationalize the video for a story which can jeopardize an investigation.”

The sheriff said that during his decades of experience with the department, there have been deputies who were arrested through internal investigations. He said that he has faith in these investigators when dealing with internal matters and that the new law could get in the way of the process.

Mikesell also believes that part of the new law, stating that officers can be personally liable in a civil suit, is unfair and that it might make recruiting new officers tough in the future. He said that it wasn’t right for the American Civil Liberties Union to help write a bill that will help the organization file more lawsuits against law enforcement officers and agencies.

trespassing incident. According to Teller County Sheriff Commander Greg Couch, the incident was investigated and no wrongdoing by the deputies was found.

“Deputies were called to investigate a trespassing complaint and while there, another individual approached and began interfering with the deputies,” Couch said. “That person was arrested for obstructing a peace officer, and while resisting the deputies’ lawful commands, he was taken to the ground and handcuffed.  The individual was taken to a local hospital where no medical treatment was necessary.  Due to COVID-19, the person was summoned to court and released instead of jailed.

The District Attorney’s office declined to prosecute against the alleged trespassers, who were detained by the person who called.  In addition, the event triggered an automatic supervisory review of the amount of force used and it was determined to be within Sheriff’s Office policy and the law.”

The Teller Sheriff’s Department is not the only agency that could experience a hefty increase in expenses, as result of the police reform bill. This could have a devastating fiscal impact on such small departments as the Cripple Creek PD.

Cripple Creek Police Chief Bud Bright said that currently none of his officers wear body cameras, and that his department would  have to supply them all with this equipment. Bright said since they don’t use cameras, they will have to research all of the specifics and laws regarding using them.

Bright also contends that the new reform law is not needed ,especially at the local level. “There are processes built in and statutes mandating limitations of what we can and can’t do, and when we can do it as far as use of force goes,” Bright said. “And if you hold people accountable when they step outside those lines, then the system should work as it is. The direction this senate bill is going is frustrating. It has a lot of us still asking more questions. The requirements that we are required to do and the information we are required to collect is inundating us with forms and information that we have to collect and then report to the state.”

The police chief said that since the bill was signed into law last month, the police department  has had more than 130 contacts that they are required to document. “We had to compile a spread sheet for all of the information, which is a considerable amount,” Bright said. “It is kind of overwhelming what we have to do especially for a small agency like ours.”

The chief said that he is not sure if he will need to hire more personnel to do the tracking process or not. So far, he said that he has been doing it himself because the department is still learning the ins and outs of the process.

Bright also agreed with the sheriff that the new law could negatively affect recruitment in the future. “I think it is going to be harder to get police officers all across the country right now, just given the state and the way things are going recently,” the police chief said. “Up here it is always hard for us to recruit and I don’t know if it will get worse or better. A lot of the officers in this area are concerned. If you end up in a situation, the last thing we need to be worried about is ‘am I going to jail?’ They need to be able to know that they can do their job and do their job right and that people will have their back. That’s a hard sell right now because it seems like everyone is walking around on egg shells.”