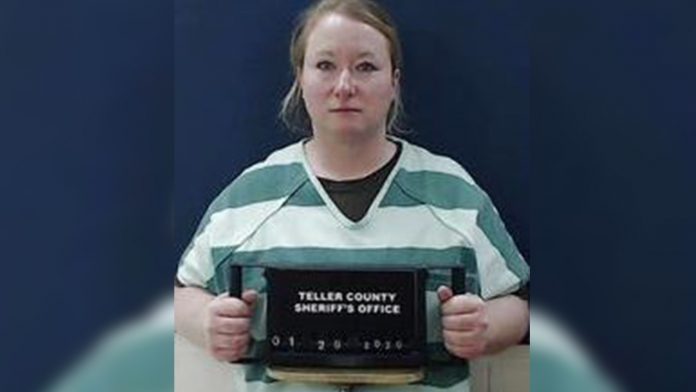 After an extensive delay, the public will finally learn the results of what District Attorney Dan May has called “making a deal with the Devil.”

Early this week, the Patrick Frazee murder trial comes back to the public spotlight for one of the last times, as his former mistress, Krystal Kenney, will appear in court for her sentencing on Tuesday. This could put the final touches on the murder of Kelsey Berreth, a case that has commanded national attention for the last year. Frazee was found guilty of brutally killing his former fiancé and was sentenced to life behind bars with no chance of parole.

Berreth, the mother of a young child, was originally missing in December of 2018. Kenney was quickly questioned by investigators in the case due to her connection with Frazee, the now convicted murderer. After contacting her a second time, Kenney obtained a lawyer and agreed to speak with police after the district attorney had made a plea deal with her.

As  part of the plea agreement, Kenney took the stand and testified against Frazee. In exchange, Kenney pleaded guilty to a felony charge of tampering with evidence that gives a maximum sentence of only three years in prison. This week, District Court Judge Scott Sells will decide if Kenney will get the minimum sentence of 18 months in a halfway house, or the maximum sentence of three years behind bars, or something in-between.

During the murder trial, Kenney described her relationship with Frazee in detail. According to Kenney, the two had met at a dance after a rodeo in Colorado in 2006. After meeting at the dance, the two began dating and Kenney said that she was instantly in love with Frazee.

The two had a long-distance relationship for about a year before they decided to split. After a year of being broken up, Frazee contacted Kenney and told her he had a dog to give her. When she drove to Colorado from her home state of Idaho to get the dog, Frazee told her that he wanted to get back together and that she should break up with Chad Lee, who was her fiancée at the time.

Frazee then came into Kenney’s life one last time before she got married to Lee and asked her to call the wedding off.

After that interaction, Kenney said that she stopped talking to Frazee for five years. In the meantime, Kenney married Lee and had two children with him. 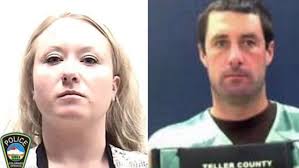 Kenney then told the court that she contacted Frazee again in 2015 when her marriage with Lee hit a rough patch. She started coming to Colorado to visit him while he had been dating Berreth, and the two started having an affair.

At one point, Lee realized she was pregnant with Frazee’s baby and she said that Frazee was not happy about it when he found out. Kenney then decided to have an abortion and she told Frazee that she had a miscarriage.

Kenney then said that she put her relationship with Frazee on hold for a bit while she filed a divorce from her husband. Once she was divorced, she started coming back to Colorado and continued having an affair with Frazee.

During one of Kenney’s visits, she was talking with a former boss of hers who lives in the area and found out that Frazee had a child with Berreth. Once Kenney told Frazee she knew about her child with Berreth, he started telling her that Berreth was abusive to their young girl.

Kenney said that she brought coffee to Berreth and met her, but that she did not poison  into the substance. After Frazee found out that Kenney did not go through with the dirty deed it angered him and he tried to get Kenney to murder his fiancée two more times.

Next, he gave Kenney a baseball bat and told her to kill Berreth with it. During this instance, Kenney took the bat and drove to Berreth’s townhome complex parking lot but decided not to commit murder.

During the last time Frazee tried to get Kenney to kill Berreth, he gave Kenney a metal pipe. Kenney said that she took the metal pipe but then left it at Frazee’s property which was later found by Frazee’s mother Sheila Frazee.

Kenney then took the trip to Colorado during the weekend after Thanksgiving and followed his instructions to clean up the crime scene at Berreth’s residence. Kenney was told to clean up the blood and look for a tooth that was dislodged during the brutal beating and murder of Berreth.

After cleaning up the crime scene, Kenney went to a fast food restaurant in Woodland Park and got food for Frazee, his daughter, and herself. She then went to Frazee’s house, and he told her that Berreth’s last words were “please stop.”

Next, Kenney told the court that she helped Frazee retrieve the body from where he had it hiding and then helped him burn it along with other pieces of evidence at his ranch property in Florissant. Kenney then took Berreth’s cell phone and gun with her to Idaho. Once she got to Idaho, Kenney burned Berreth’s cell phone on her property and gave her gun away to a friend.

Once Berreth was reported as being missing, the police searched Frazee’s phone records and found out that he had called Kenney on the day Berreth was last seen. The FBI contacted Kenney while she was in Las Vegas with her family and she denied having any contact with Frazee and claimed that she barely knew him.

Kenney told the authorities that she did not contact them sooner because she was afraid that Frazee would harm her or her children. At one point, according to Kenney, Frazee told her that “little girls go missing from the playground all of the time.” Kenney took that comment as Frazee threatening to murder one of her children if she did not do what he told her to do.

During Kenney’s sentencing this week, it is expected that the judge will receive written and verbal comments from people on both sides. Kenney will most likely bring people to the court that will speak about her character. On the other side, the judge will probably hear comments from Berreth’s family about why she should receive the maximum prison sentence.